Huawei just wrapped up its flagship P40 series global launch last week and the company will now be focusing on its next big product category launch coming on April 8th – smart TV. The Chinese conglomerate shared the below teaser that gives us a glimpse of the upcoming product, but that’s a first appearance of the product officially.

Now, there’s almost no previous information regarding this smart TV and this teaser doesn’t help much with regards to what we can expect. However, we do see that it has a big pop-up module, similar to what we’ve seen on the Honor Smart TV.  It could either be a camera module, or a soundbar, or even both, considering its long rectangular size. It’s also quite visible that bezels on the screen are very thin but that’s pretty much it. 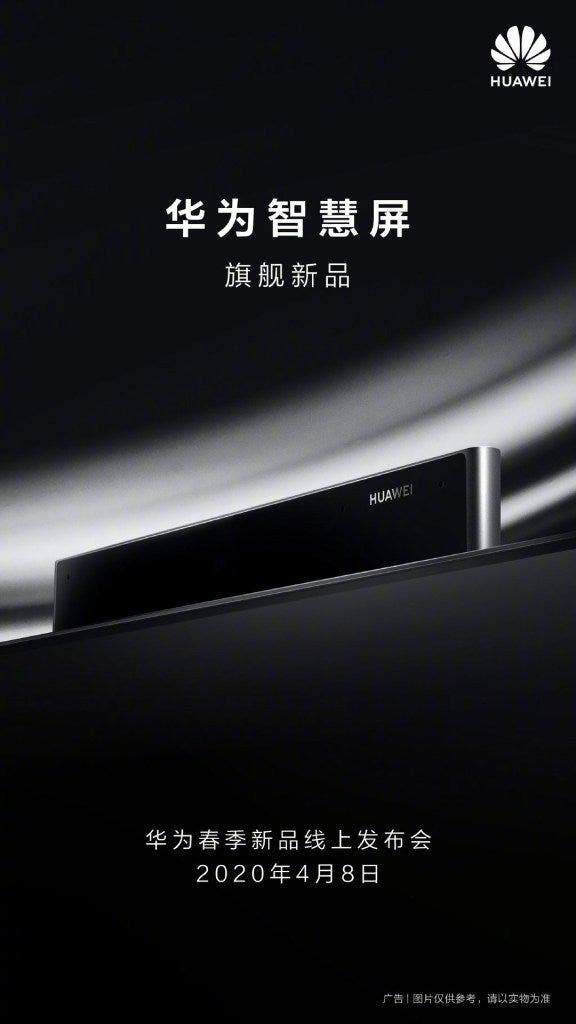 Elsewhere, Huawei is also readying itself for the MatePad Pro launch in Malaysia and the Mate Xs launch in India. The MatePad Pro has already gone official but is now slowly making its way out of China. On the other hand, the Mate Xs will be the first-ever Huawei foldable to be sold in India, although its launch could be delayed or broadcast online-only due to a continued lockdown in the country. The Huawei P40 series is also expected to arrive in China on April 8th.