ZTE’s recently released Axon 11 is the company’s first mid-range smartphone to bear 5G connectivity. Well, we don’t know if ZTE considers it a mid-range phone, but the Snapdragon 765G doesn’t deny this fact. Now, the Chinese phone maker is about to reveal a new smartphone bearing the same chipset and all its 5G capabilities. The new handset is dubbed ZTE a1 ZTG01 and will arrive in July which is still far at this point. However, the Japanese carrier au decided to reveal all the specifications ahead of the release.

The Snapdragon 765G SoC is paired with 6GB of RAM and 128GB of internal storage. If this isn’t enough for you, there’s a microSD slot allowing memory expansion. The specifications are built around a 6.5-inch IPS LCD display with FullHD resolution and a punch-hole solution. Worth noting that despite the cutout in the display, the smartphone still has a big chin in the bottom. Inside of this top-left aligned punch hole, we have a 32MP selfie snapper. 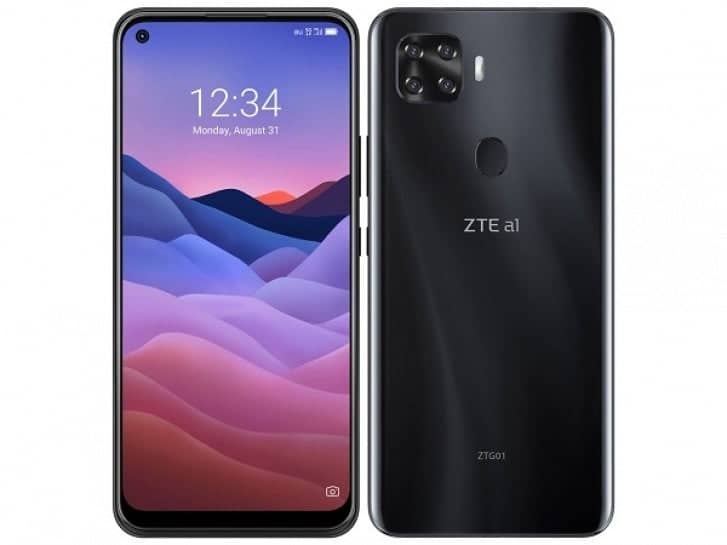 Moving around to the back, we have a 48MP main camera, 8MP ultrawide shooter, 2MP macro and a ToF sensor. Interestingly enough, this setup is fitted inside of a square-ish camera island that resembles Apple’s recent design language. Comparisons aside, the smartphone ships with a 4,000mAh battery and Android 10 OS straight out of the box. As per connectivity, we have Bluetooth 5.0 and 5G connectivity. To not mention the usual support for Wi-Fi a/b/g/n/ac.

For now, we can only confirm that this ZTE a1 will reach Japan. However, we’re still several months three months away of July. Until there, we believe that more details will pop out about this upper-mid-range device.