Last week, Huawei held a global online conference and officially released this year’s new flagship P40 series, including Huawei P40, P40 Pro and Huawei P40 Pro+ models. Although the P40 and P40 Pro will not be officially released and sold until April 7th, many media have already got the evaluation unit for the first time.

The Chinese XYZone website has taken the lead in releasing the disassembly video of the Huawei P40 Pro on Weibo. The core components of the P40 Pro are mainly From China (mainly Huawei HiSilicon’s self-developed chips), Taiwan, South Korea and Japan. However, products from American companies such as Skyworks, Qorvo, and Qualcomm are still available in the new devices.

Here are the different components used in the new Huawei P40 Pro and in the previous P30 phone with the manufacturer of each component: 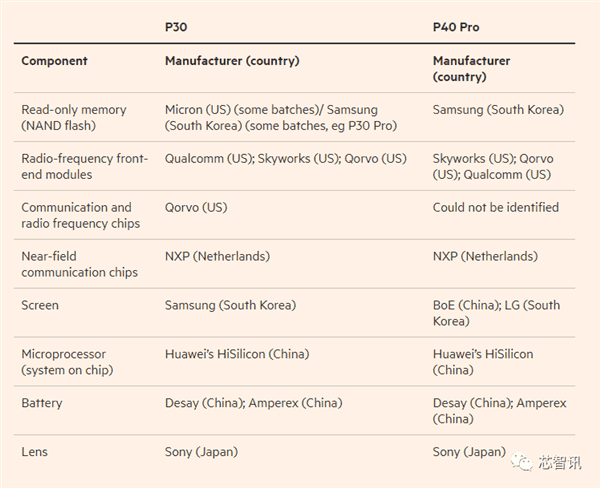 Read Also:  If a foldable smartphone has no "gaps", it uses Huawei's patent
Source/VIA :
cnbeta