Chinese manufacturing giant, Xiaomi, has been quite successful in the smart band market. Right from its first Mi Band, the company’s smart band has been impressive. However, the company really broke the market with the Mi Band 3 and Mi Band 4. Now, the company is getting set to unveil the next-generation Xiaomi Mi Band 5. Until now, there has been no speculation on the launch date for this smart band. However, Xiaomi recently released a poster that says that the company will release 22 new products as part of its Xiaomi Smart Inn Mi Fan Festival. This event will take place on April 3 at 14:00. There are speculations that Xiaomi’s fifth-generation smart band will be the main highlight of the event. 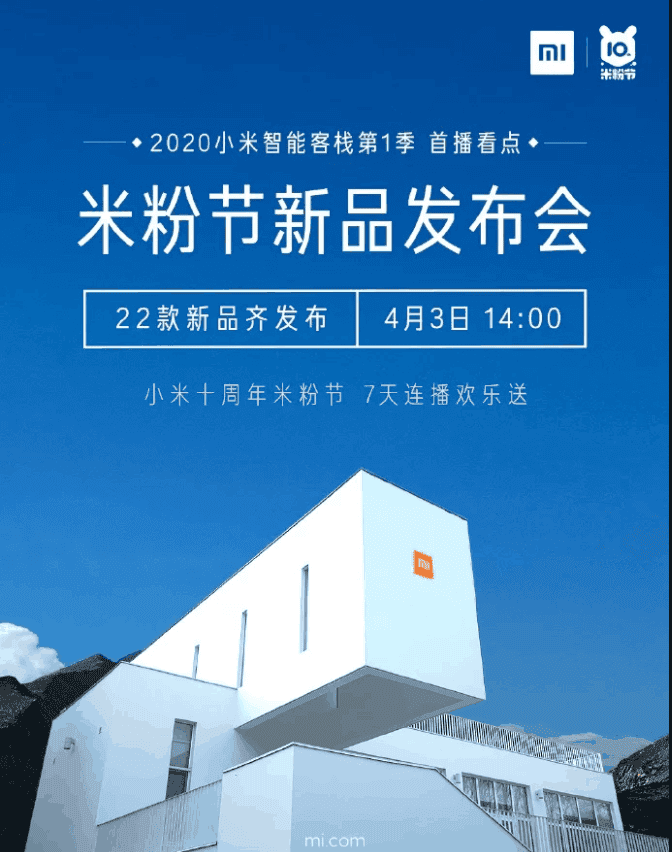 According to reports, the Band 5 outside China will support NFC. If this pulls through, this will be the first Xiaomi band to support NFC outside China. Furthermore, information from TizenHelp, claims that the Xiaomi Mi Band 5 will come with a 1.2-inch display. This is larger than the 0.95-inch AMOLED screen on its predecessor. This means that the band 5 details will be more visible and there will be more space for icons. Despite the larger display, this device will be lighter and with more contrast. Thus, reading from the band in sunlight will be easier.

As of now, Xiaomi NFC smart bands are only active in China. Nevertheless, it appears that the Xiaomi Mi Band 5 NFC version will be active in the global market. This means that it will probably support Google Pay & other payment services. The Mi Band 5 NFC global version will support contactless payments, work pass and can be used as a bus card. These features are currently active in China. Xiaomi releases its Mi Band every year so we expect the Band 5 this year (April 3 if the current speculation is true).

Next Coronavirus: all Microsoft events will switch to online-only until 2021