Today, Redmi announced that its first wearable device will come at the Mi Fan Festival. Xiaomi holds it every year in early April. This time, it’s on April 3. Thus, the first Redmi smartband will hit the market tomorrow.

Since the independence of the Redmi brand in early 2019, it has been involved in the IoT field in addition to smartphones. And its product line has been continuously enriched. At the moment, we can find Redmi-branded products in many niches. They include notebooks, smart TVs, routers, smart speakers, washing machines, and many other categories.

In this sense, today’s announcement confirms Redmi’s entrance into the smart wearable field. By the way, yesterday, we were talking about the IDC report, which showed Xiaomi ranked first in the wearable device market in 2019. 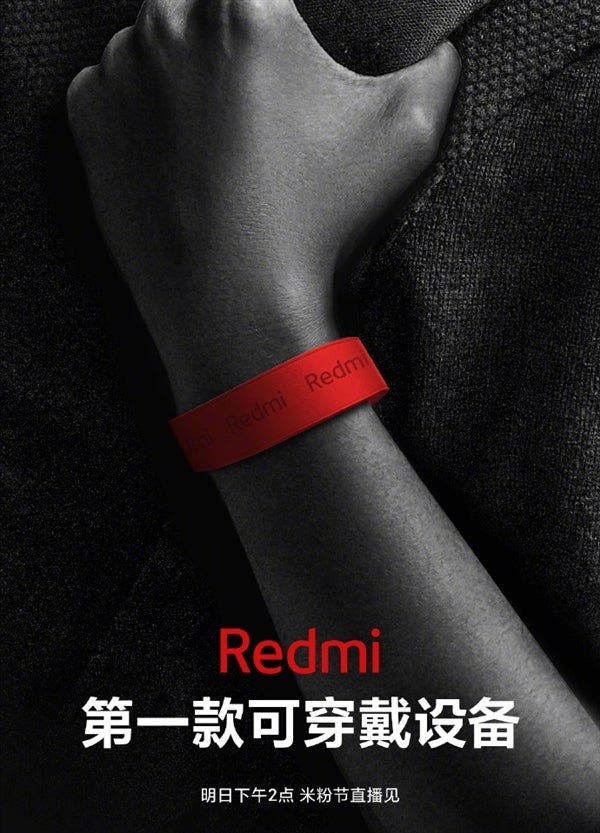 Now, when the first Redmi smartband is about to debut, there is every reason to think it will continue Redmi’s consistent cost-effective strategy. Lu Weibing emphasized more than once that Redmi insists on high quality and extreme price-performance ratio.

Apart from this product, the company is going to announce over 22 new products. Last year, at the Mi Fan Festival, Xiaomi released over 20 products and they all became bestsellers. At least, they made tough competition to their rivals. We are waiting for something like this.