IDC recently released a market report on Xiaomi’s wearable performance from 2014 to 2019. According to the report, Xiaomi’s total global shipments of wearable devices exceed 100 million units. Last month, IDC released the global wearable market report for 2019. The report shows that in 2019, Xiaomi has become the world’s second-largest smart band maker. In addition, the company is the largest smart band manufacturer in China. Globally, it is only second to Apple, surpassing Samsung, Huawei, and Fitbit. 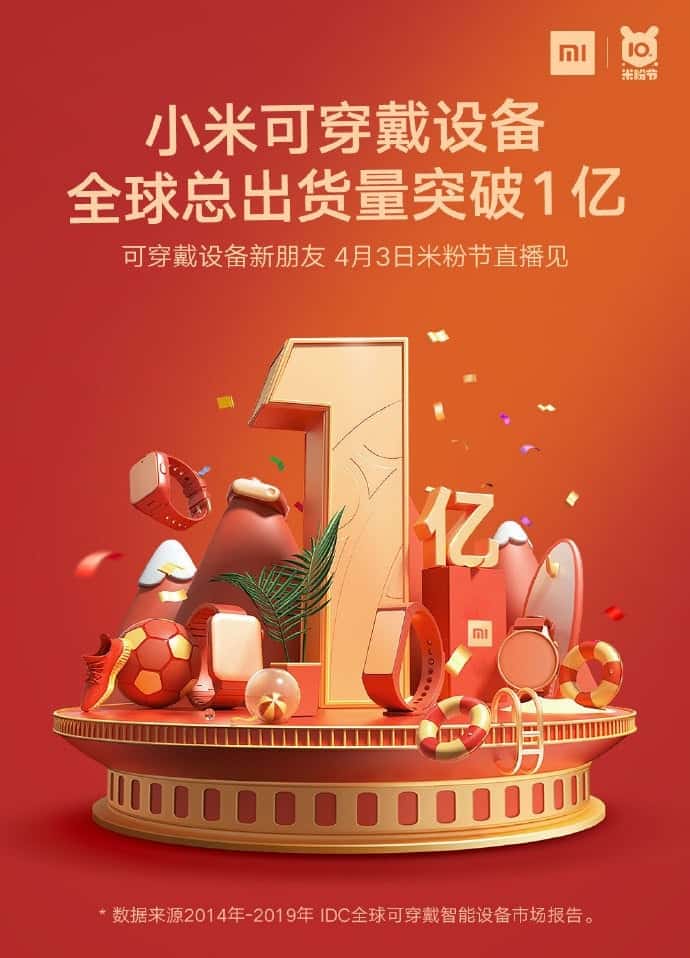 Xiaomi wearable is quite strong

Xiaomi is quite strong in the wearable field. In 2019, Xiaomi’s wearable device shipments hit 41.7 million. It has a market share of 12.4%, which represents a 78.8% year-on-year increase. According to Xiaomi’s 2019 annual financial report, as of December 31, 2019, the number of active devices on the Xiaomi IoT platform hit 235 million (excluding mobile phones and notebooks). This is an increase of 55.6% year-on-year. The number of users with five or more IoT products hit 4.1 million, a year-on-year increase of 77.3%.

Furthermore, there are speculations that the company will release the Xiaomi Mi Band 5 on April 3. Xiaomi will launch 22 devices on April 3 but there is no specific mention of the Band 5. Recall that on March 13, Huang Wang, founder, chairman, and CEO of Huami Technology, said that he expects to launch the Mi Band 5 later this year.

Chinese manufacturing giant, Xiaomi, has been quite successful in the smart band market. Right from its first Mi Band, the company’s smart band has been impressive. However, the company really broke the market with the Mi Band 3 and Mi Band 4. The Xiaomi Mi Band 4 sold over 1 million units in eight days. This shows its popularity and netizens are already anticipating the Xiaomi Mi Band 5. From the Mi Band 3, Xiaomi introduced the NFC version. Interestingly, the Mi Band 4 NFC version sold like wildfire. Thus there are reports that Xiaomi will move a step further with its NFC operability and the display size.