WhatsApp is still the most widely used smartphone messenger worldwide. But, technically, competitors are now far ahead of the Facebook subsidiary. For example, Telegram offers the option of using the same account in parallel on multiple devices. We can even edit messages after sending them and not only deleting them.

For WhatsApp, there have also been indications for some time that it should be possible to use an account on several devices in parallel in the future – and also apart from the WhatsApp Web solution, in which we can only access the messages received on the smartphone while maintaining the connection with it. Now the function that many users want for years could actually be available soon.

For the first time, there were rumors about the use of multiple devices including tablets and laptops. In particular, for the iPad from Apple, a separate application from WhatsApp could be in development. This should work natively. This means that the smartphone does not have to be connected to the Internet in parallel. 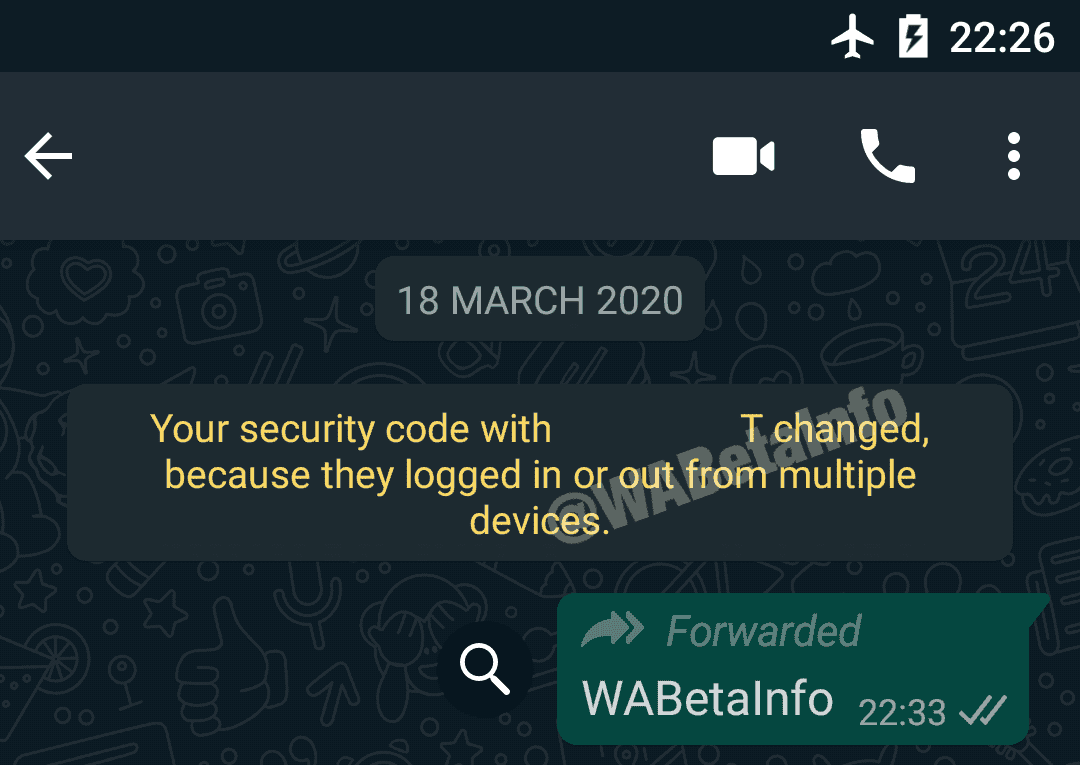 WABeta Info portal has now noticed a new feature in the Android beta version of WhatsApp, which indicates that the possibility of using the same Whatsapp account in parallel on several devices is coming soon. The encryption key changes when adding and deleting devices. We can see it in the chat window.

The report underpins the hint by publishing a screenshot that shows exactly this hint in the chat window. However, the new feature is not yet publicly visible in the beta version of the app. In addition, the function is currently still missing on iOS, so it might take some time before WhatsApp actually brings the multi-device feature.

We will have to wait to see whether Messenger will then also offer desktop applications that work independently of the smartphone.