Redmi has officially announced that its first wearable device will be officially launched Tomorrow April 3, and the official website of Xiaomi Mall has released the first official images of this new product. It’s the Redmi Smart Band. 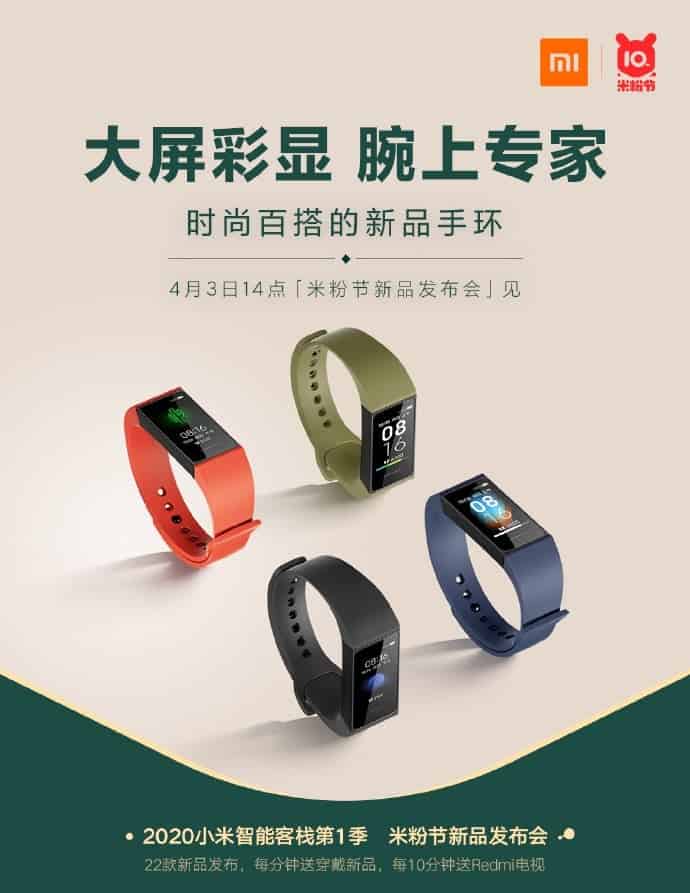 The images show that the Redmi smart band comes with a rectangular display that supports colors. It also offers four colors of wristbands: black, blue, red and brown.

Tomorrow, Xiaomi will hold a new product launch conference in which 22 new products will be released. In addition to the Redmi smart band, Xiaomi Mall also released images of two other new products. washing-machines products and a new Xiaomi TV.

At present, Xiaomi Mi Band has launched the 4th generation. According to data released by third parties, Xiaomi is the first in the smart band market in 2019. At the same time, the IDC global wearable smart device market report from 2014 to 2019 shows that Xiaomi’s total global shipments of wearable devices have exceeded 100 million, of which Xiaomi bands has contributed.

The report also shows that in 2019, Xiaomi has become the world’s second-largest smart wearable brand behind Apple, surpassing Samsung, Huawei and Fitbit.

Since the independence of the Redmi brand in early 2019, it has been involved in the IoT field in addition to smartphones. And its product line has been continuously enriched. At the moment, we can find Redmi-branded products in many niches. They include notebooks, smart TVs, routers, smart speakers, washing machines, and many other categories.

Tomorrow’s announcement comes at the Mi Fan Festival. Xiaomi holds it every year in early April. This time, it’s on April 3. Last year, at the Mi Fan Festival, Xiaomi released over 20 products and they all became bestsellers. At least, they made tough competition for their rivals. We are waiting for something like this.