It seems that Vivo has been caught by the obsession of unveiling multiple variants of the same device. Things start to become confusing when all three devices bear the same name. Today, Google Play Console listing revealed two new Vivo mid-range smartphones. The first is a new variant of the Vivo V19, and the second is a new mid-range phone dubbed Vivo Y50. 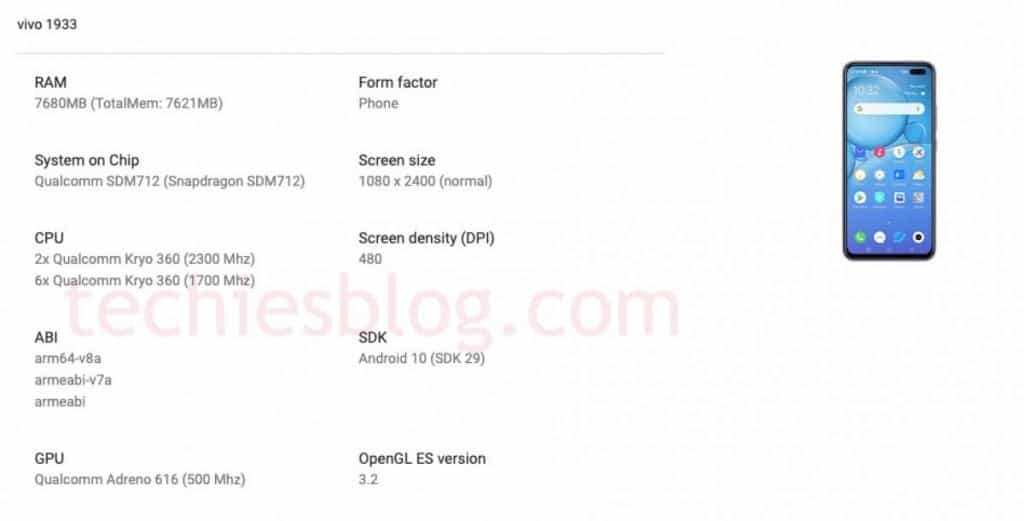 As we said before, the Vivo V19 on this leaking is different from the one released in Indonesia last month. The handset bears V19 moniker and its model number is 1933. The handset bears a 6.44-inch AMOLED display with FHD+ resolution. This display comes with a pill-shaped punch hole solution for two selfie snapper. Unfortunately, we have no details about the front-facing snappers and nothing about the rear cams either.

Under the hood, this handset is fairly more powerful than its Indonesian sibling. It boasts a Snapdragon 712, for comparison, the Indonesian phone sports a Snapdragon 675. While both chipsets have a similar performance in daily usage, the SD712 has a better performance in games. The processing power is complemented with 8GB of RAM and Android 10 running atop of Funtouch OS 10.

This is the V19 that was scheduled for India and Malaysia. The original launch would take place in March 26, however, it is now delayed until further notice due to the COVID-19 pandemic. 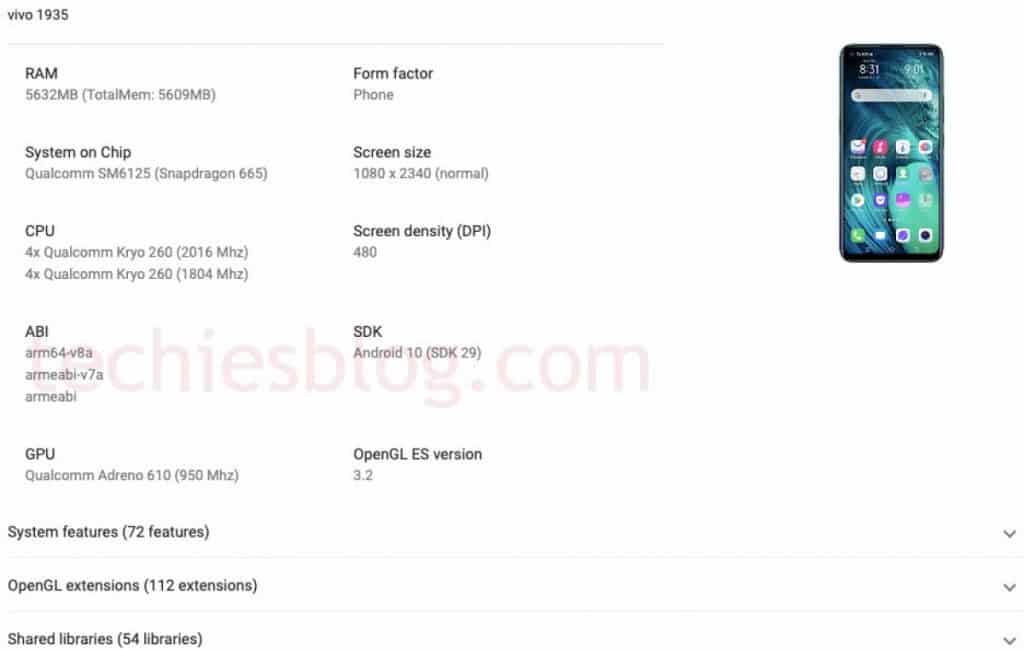 The listing also revealed a new handset dubbed Vivo Y50 with a 1935 model number. Interestingly enough, this handset might become the first Vivo handset under Y-series to come with a single punch-hole selfie. Judging by the render, the display size is around 6.3-inch and the resolution is FHD+. Just like the V19, Google Play Listing doesn’t reveal anything about the specifications of the camera. Under the hood, this device sports the mid-range Snapdragon 665 paired with 6GB of RAM.

The device also runs with Android 10 and Funtouch OS 10. Unfortunately, we have no details about when it will be made official. It’s hard to guess considering the effects of the outbreak.

Previous Samsung: there is no performance difference between Exynos 990 and Snapdragon 865

Next EarFun Air earbuds reaps rewards and coming in May