After the launch of Oppo Find X2 series, it seems that the company is ready to shift its focus to the last year’s successful Reno series once again. We know that there’s still two new Find X2 phone to come under Neo and Lite monikers. However, there’s still plenty of space for a new Reno Ace this month. According to the Oppo’s VP Brian Shen, the company will announce the Oppo Reno Ace 2 on April 13. Today, the alleged phone has crossed the realms of AnTuTu benchmark with an expressive platform.

First of all, it’s important to note – The Reno Ace 2 is the Oppo PDHM00 phone that surfaced on TENAA and 3C authorities. It appears with the same model number on AnTuTu where it crossed the 560,217 points mark. On the CPU test it to 180,132 points while in the GPU tasks it reached 210,310. For the memory test, we have 89,927 points and the remaining 79,787 points go for the UX test. However, the AnTuTu listing warns that the device may be root. For that reason, the overall score may be inaccurate since system parameters may have been changed due to root. Moreover, while the score seems on par with other SD865 phones, we recommend you to digest this with a pinch of salt. After all, with root, it’s easy to rename any phone to PDHM00 via a few changes in the build.prop.

According to the leaked material, Ace 2 boasts a 6.5-inch AMOLED Display with a single punch hole at the top-left corner. This is a 20:9 display with FHD+ resolution, unfortunately, there are no details about the refresh rate it operates. Under the hood, the smartphone runs with the Snapdragon 865 SoC and should be available in 8GB and 12GB RAM flavors. IT may also have 128GB and 256GB of storage depending on the variant. 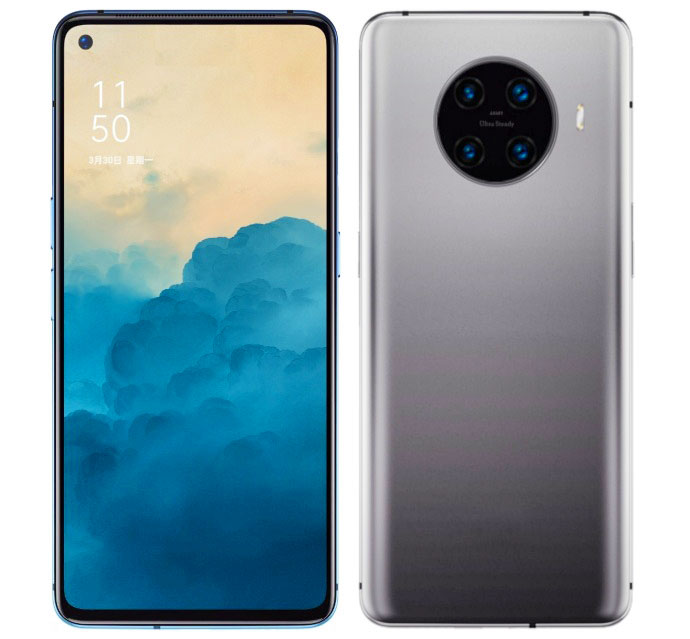 The phone will draw power from a 4,000mAh battery with 40W wireless charging. According to the 3C listing, it could come with a whopping 65W fast wired charge. The device has a Quad-Camera setup on the back lead by a 48MP shooter and a single 16MP selfie snapper. Of course, it will run Android 10 with ColorOS 7 on top.