Google will force smartphone manufacturers with Android 11 to implement A/B partitions that enable updates of the operating system in the background with a subsequent restart – so-called seamless updates. If a manufacturer does not adhere to the requirement, Google’s services will be missing.

A/B partitions are a simple way to carry out Android updates silently in the background and activate them with the next restart. While the active system is running on one of the two partitions (A), the OS will install the update on a copy of it on a second partition (B). Then all what’s left is a restart, during which the system will start from the second partition. The update is, therefore, an almost uninterrupted process for the user.

Android 11 seamless updates: It will also enhance the security 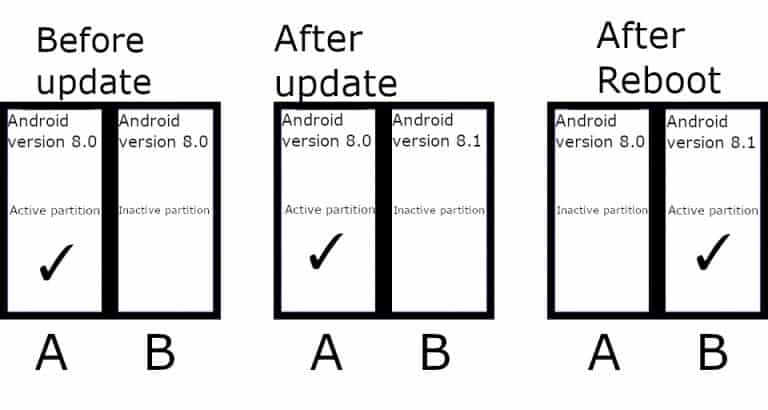 The division into two partitions is not only practical for faster updates with almost no interruption, it is also safer for the user. It is possible to switch back to the first partition in case of an incorrectly executed update. Without this feature, users would potentially sit in front of a smartphone that is no longer bootable.

So far, A/B partitions were only a recommendation from Google, which has been available with Android 7.0 Nougat since 2016. Smartphone manufacturers could opt for this option, but did not have to integrate it.

Now, Google will make A / B partitions with Android 11 mandatory. After the code change initially discovered XDA-Developers, the adjustment has since been checked and adopted in the AOSP. New smartphones that come onto the market with Android 11 must support the feature in any case. Otherwise, the Vendor Test Suite will fail.

Next Firefox 75 is available with a new address bar