Oppo is quite busy with the announcement of a new Oppo Reno Ace smartphone on April 13. Besides it, the company may also announce a new 40W AirVOOC wireless charger to tease the phone charging capabilities. But if that isn’t everything? According to several reports, the company is also preparing for a deep refresh over its A-series. Today, a new poster emerged revealing an imminent smartphone dubbed Oppo A92s. 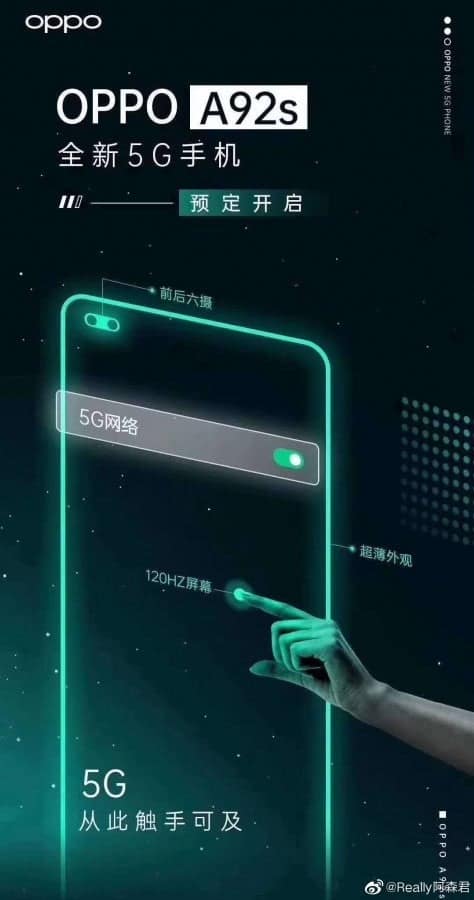 Apart from the poster, the A92s also received MIIT certification teasing to an imminent launch. In addition, there is the 120Hz writing and a finger touching the display. For that reason, we believe that rather than the refresh rate, the teaser is suggesting a 120Hz touch sampling rate. The Reno Ace 2 will ship with a 90Hz display and definitively is a flagship. So we don’t see much sense in Oppo equipping this A92s phone with a superior display. The poster also confirms 5G availability.

According to MIIT, the smartphone bears the OPPO PDKM00 model number. Furthermore, the document reveals some of the specifications including the MediaTek Dimensity 800 5G SoC. It’s a mid-range chipset at the same level as Snapdragon 765G but cheaper. The phone also operates with LPDDR4X RAM and UFS 2.1 storage. The specifications are built around a 6.57-inch LCD that we assume has FHD+ resolution and a standard 60Hz refresh rate. It draws power from a 4,000mAh battery with 18W fast-charging support.

On the camera department, we have a Sony 48MP IMX586 sensor paired with an 8MP ultrawide, 2MP macro and 2MP depth helper. On the front, there is a pair of cameras, possibly on a pill-shaped punch hole – 16MP Sony IMX471 and 2MP depth sensor. The phone weighs in at 184g and its overall dimensions are 163.8 x 75.5 x 8.1mm. There’s even an image circulating through the web with the upcoming smartphone rear. It shows a square-ish island comprising the cameras in an unusual design aspect. 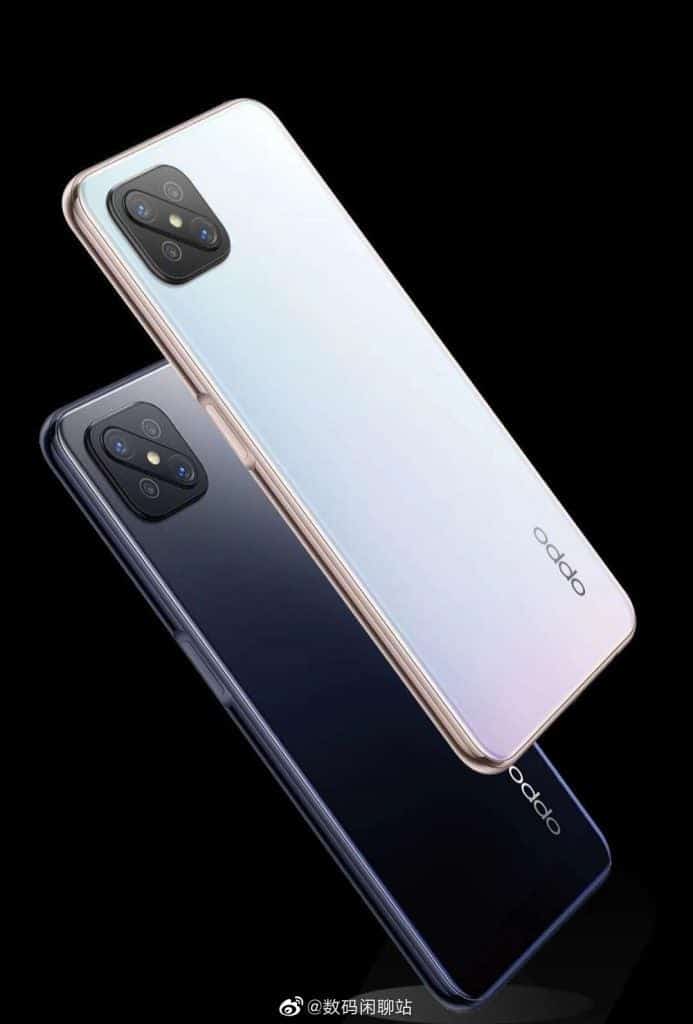 We don’t know when, in fact, Oppo will announce this new device as well as other A-series phones. However, the Reno Ace 2 unveiling on April 13, would be perfect. Let’s stay tuned.