The fact that Huawei is eagerly developing new smartphones is pretty much certain. However, a patent that has now emerged shows where the journey will go in the future and how Huawei could counteract the problems of foldable phone displays.

A new patent shows a different folding technology from Huawei 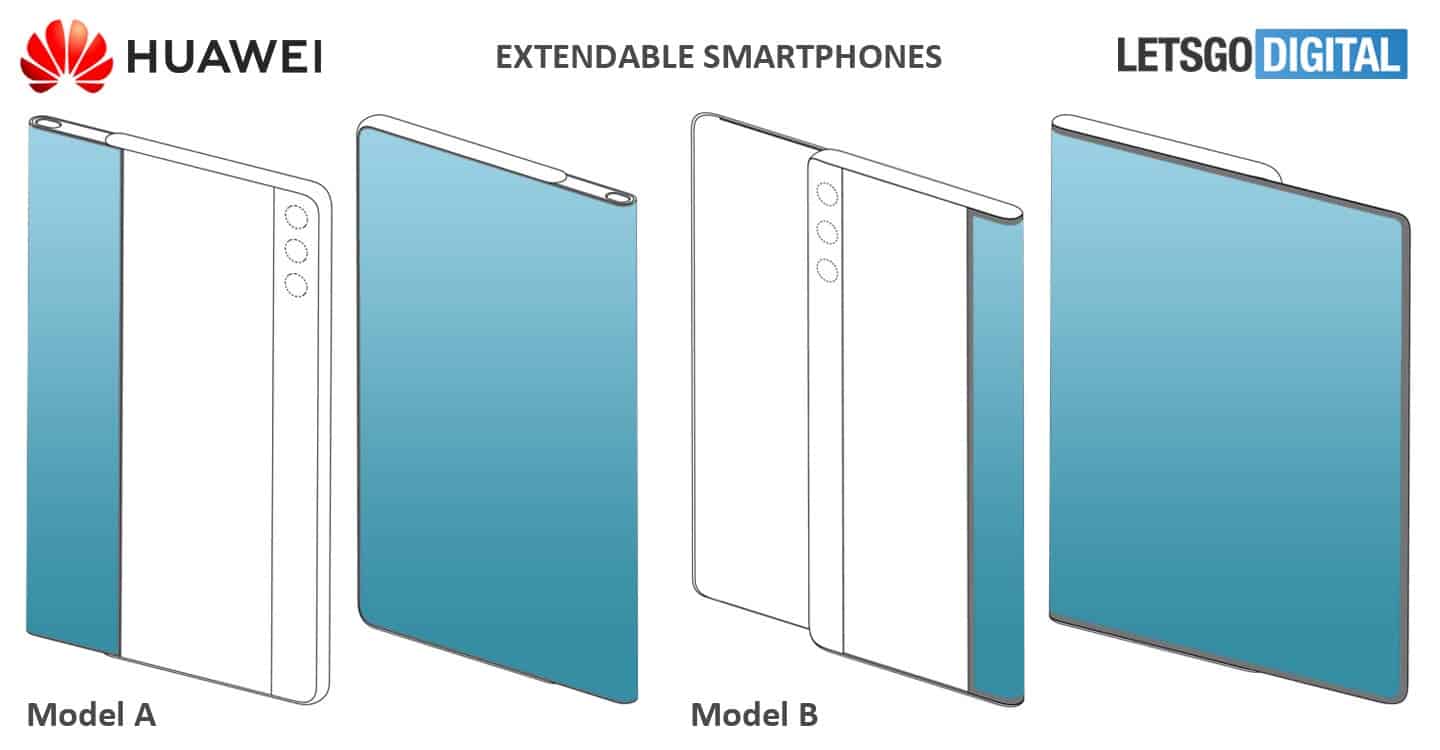 Foldable smartphones such as the Galaxy Fold from Samsung or the Mate X from Huawei have so far been viewed with skepticism. The first generations of foldable smartphones were already on the market, but they had to contend with problems in terms of durability. This apparently allows smartphone manufacturers more and more to rethink. TCL already showed a concept of a pull-out smartphone and demonstrated how large displays could be packed into smaller housings without a folding mechanism.

A patent that has now emerged from Huawei also points to a new display technology that makes the display extendable. LetsGoDigital reports on this in an article. However, the display does not disappear in the housing, but bulges flexibly around the outer shell. Which also outsources part of the surface to the back. The AMOLED display is stored on a rail for this. You can see how the innovative technology looks like in theory in the following gallery.

The patent, which was approved and published on April 14, 2020 by the World Intellectual Property Organization (WIPO for short), shows two models of this type, which seem to be quite similar to the Huawei Mate XS. However, these are “designs”, which only show a design proposal. There is no guarantee that such a smartphone will appear soon.

One of the two concepts also has a much smaller section of the screen, which would result in the extended width offering far less space. This is mainly due to the fact that the camera is on the other side and thus the form factor is different. This also changes the sliding mechanism

So far, there is no working smartphone with this technology. TCL has also only presented one concept in a video so far, but it did not show a real device. It is possible that Huawei is already developing such a pull-out smartphone. However, the patent that has now emerged is no guarantee of this.

Next Google is developing its own processor for future Pixels