As per TENAA listing, the RMX2142 sports a 6.57-inch display which presumably has FHD+ resolution. The device is 8.9mm thick and has a 4,100mAh battery which charges via a USB-C port. According to the 3C listing, the very same device has up to 30W fast-charging support and comes with 5G connectivity. While TENAA is yet to be updated with full specifications and images. 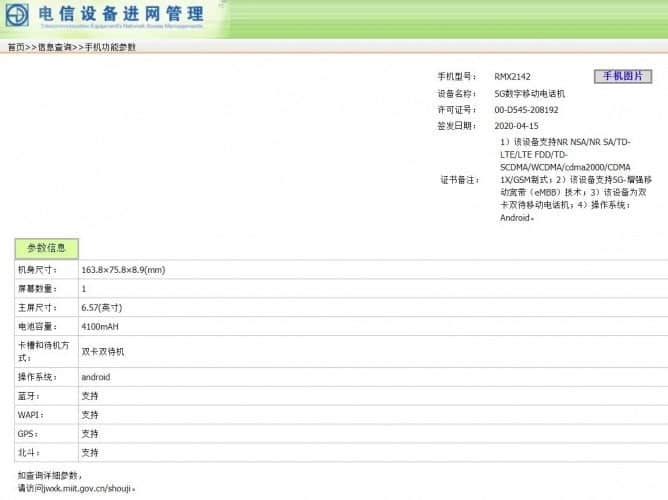 We aren’t sure yet if the X3 will come with a flagship SoC or a mid-range one. If the company follows its usual schedule, then we’ll have a mid-range Realme X3 and a flagship Realme X3 Pro. Since the device sports 5G connectivity, it will probably have either the Snapdragon 765G or MediaTek’s Dimensity 800. Of course, this is just an assumption based on previous Realme X releases.

Interestingly enough, the company is also preparing a Realme X3 SuperZoom edition. This particular variant is said to sport the last year’s Snapdragon 855+, 12GB of RAM and Android 10. The handset bears RMX2086 and already bagged several certifications. So, we believe that the company won’t take much time to unveil this new smartphone series.

Previous Galaxy Note 20 to be powered by a 4,000mAh battery