The tablet manufacturing industry is not really lucrative and a couple of OEMs has technically pulled out. Apple has a strong grip on the global tablet market and it doesn’t seem like it is losing that grip anytime soon. However, the likes of Huawei and Samsung are not giving up. Samsung is getting set to unveil the Galaxy Tab S6 while the new Huawei MatePad is set to hit the market. Today, Huawei took to its official Weibo handle to announce the launch date for this tablet. According to the poster, the Huawei MatePad will be officially released on April 23. The poster reads “…curious and exploration of technology gives children a greater vision”. 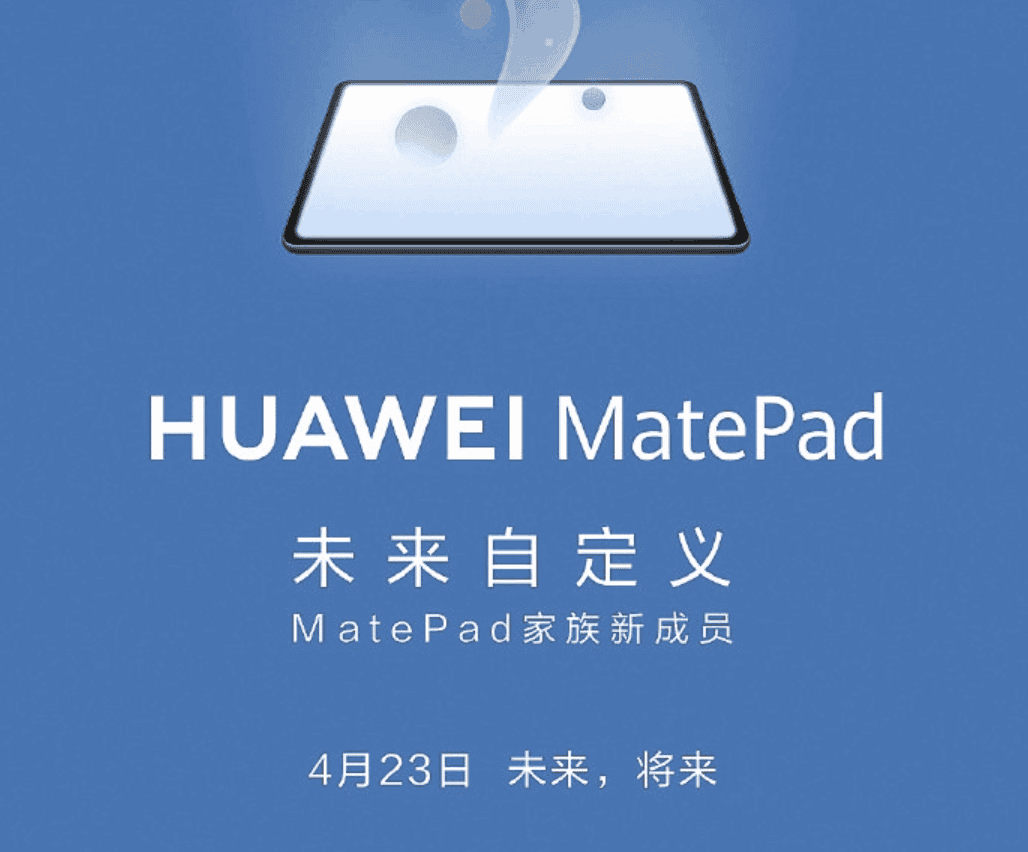 According to previous reports, Huawei MatePad 10.4 inches will arrive with a 1799 yuan price tag. Under the hood, we will have a Kirin 810 processor with 4GB/6GB of RAM and 64GB/128GB of internal storage. This tablet will have two versions, both WiFi and LTE version. The upcoming Huawei MatePad display will have a resolution of 2000 x 1200 pixels. It will also come with an 8MP front camera. The new tablet uses a USB Type C interface and supports Bluetooth 5.1. It also comes with a huge 7250 mAh battery which does not support wireless charging. It will be available in two colours (white and grey) and will support Huawei M-Pencil support.

As of now, we can not ascertain when this tablet will be available for sale. However, what do you think about the upcoming MatePad? Let us know your thoughts in the comment section below

Next Oppo A12 with MediaTek Helio P35 goes official