Huawei is running to expand its portfolio of 5G-ready devices. Apart from the several smartphones released this year with support for 5G the company will also deliver more tablets that can seamlessly navigate through the new network standard. Back in November last year, the company announced its MatePad Pro 5G. Now, a new report indicates that the company is ready to announce a new Huawei MatePad 5G under its 10.4-inch series.

The new leak comes straight from the popular Weibo tipster Digital Chat Station. According to the report, the new Huawei MatePad 5G will compete directly with Apple’s last year’s iPad 10.2. The new slate also has an LTE-only variant, but the 5G easily is the most exciting version. We’re looking at a notchless display with 10.4-inches and 2000 x 1200 pixels of resolution. The new tablet will weight in at 450g and has a 245.2 x 154.96 x 7.35mm body. 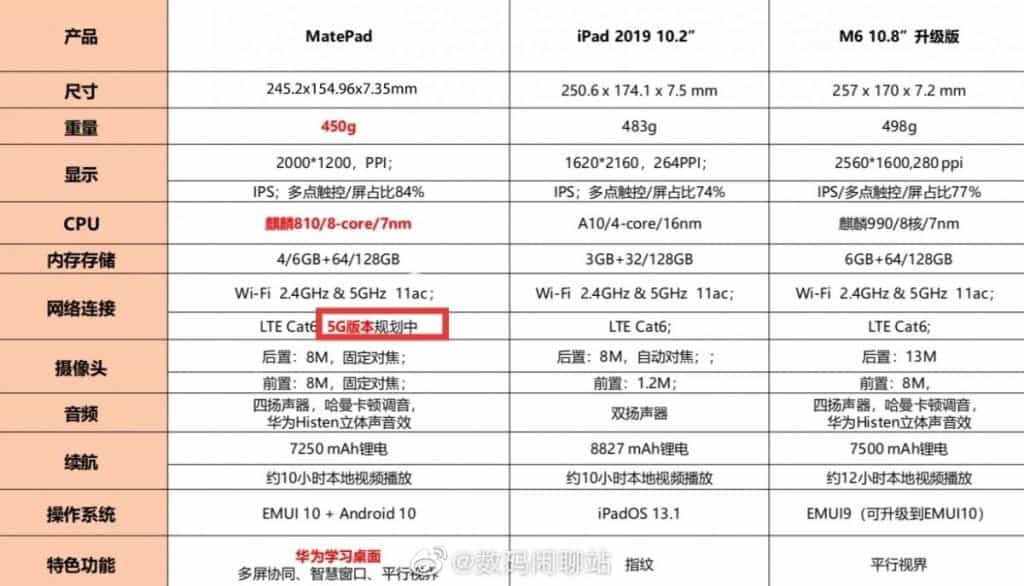 The new slate has a 7,250mAh battery, Quad-Speakers powered by Harman Kardon and Kirin 810 SoC paired with 4GB or 6GB of RAM. We believe that the 5G variant may sport the Kirin 820 SoC since it has an integrated 5G modem. The device comes in two flavors with either 64GB or 128GB of storage and two 8MP cameras. Last but not least, we have Android 10-based EMUI 10.1 running on top. 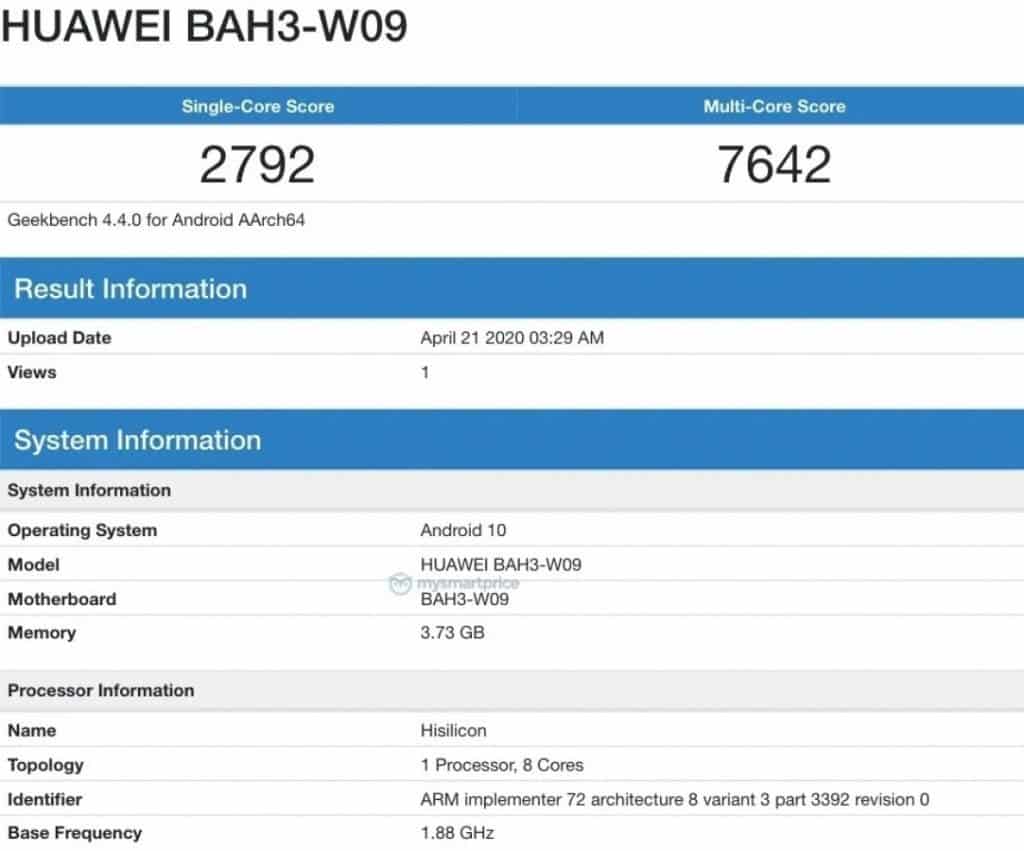 A device believed to be a new MediaPad M6 Youth or Lite surfaced on GeekBench. The device carries BAH3-W09 model number and judging by the information spotted at GeekBench is powered by the Kirin 810 SoC that comes along with 4GB of RAM. The handset runs Android 10 which directly points to EMUI 10.1 presence.

We’ll know more about these devices in the coming weeks.

Previous Oppo A72 announced with Snapdragon 665 and 48MP camera