From now on, it will be possible to make Whatsapp video calls with 5, 6, 7 and even 8 participants! Faced with the success of Zoom and its grouped calls, Facebook will soon be breaking down barriers for its WhatsApp messaging app.

From the first days of April, WhatsApp was testing a new feature that allows adding more than 4 participants in a voice or video call. Their test included adjusting the UI to allow to see more participants.

Today WhatsApp has begun to roll out the possibility to add 8 participants in a group voice or video call in the latest iOS and Android beta update available.

The next software update will allow group calls that will gather up to eight people. Until now, only three other parties have been able to be called simultaneously.

With this feature, WhatsApp also wants to respond to consumer demand, especially during these times of confinement. Many relatives, friends and distant cousins ​​wish to facilitate group discussions bringing together more than four people. And in this case, Zoom is practically the only viable solution, despite its shortcomings.

For the moment, no date for the deployment of the functionality for the stable version has been revealed, but we expect it to arrive in the upcoming days. 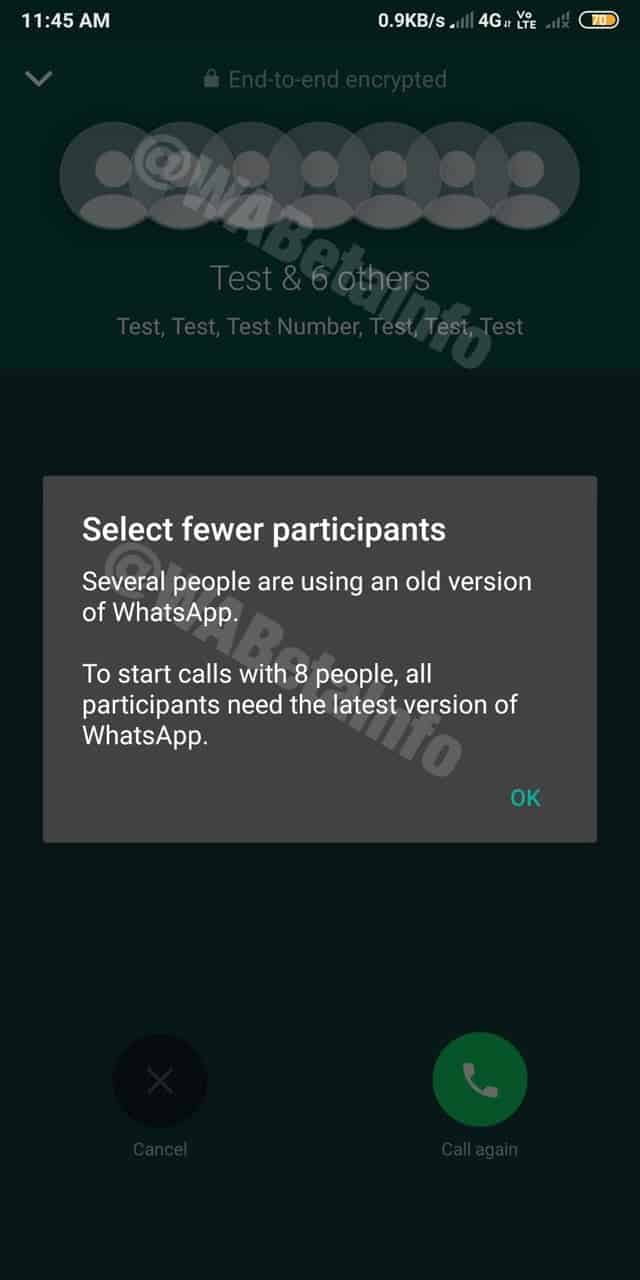 How to download WhatsApp beta and try the new feature

Don’t you know what WhatsApp Beta is? It is a beta version of the app itself with which you can delve into the world of beta testers. It is public and is available through the Google Play Store. You just need to enter the following (link) and follow the steps.

Once you have entered the beta program, the WhatsApp application will be updated with the versions that are not yet public. You will receive more updates and much more features. Some will end up in the stable version and others will be rejected by the company after a trial period.