Realme is gearing up for the launch of a “Pro version” of the Bluetooth wireless earphone it launched a few months back. It’s called Realme Buds Wireless Pro. Live images have leaked on Taiwan’s NCC certification website and it looks like a premium version of the original Buds wireless earphones with improved design.

Going into the details, the earphones have appeared on Taiwan’s NCC Certification website for market approval. Leaked live images show the design language similar to the previous model. If we recall, the original Buds wireless came with a Micro-USB port, and had a neckband design with a magnetic coupling of earpiece. Looks like the same design is repeated here. The battery life was the standpoint of the original buds wireless and with the Pro version we can assume that it is only going to get better.

Another set of leaked images show the codename of the buds to be RMA208, a Realme branding at the centre of the earpiece and Type-C port as well. From this, we can conclude that the black and yellow colour combination is said to return in the Realme Buds Wireless Pro variant as well. However, we are not sure what other colour variants are coming along with this. 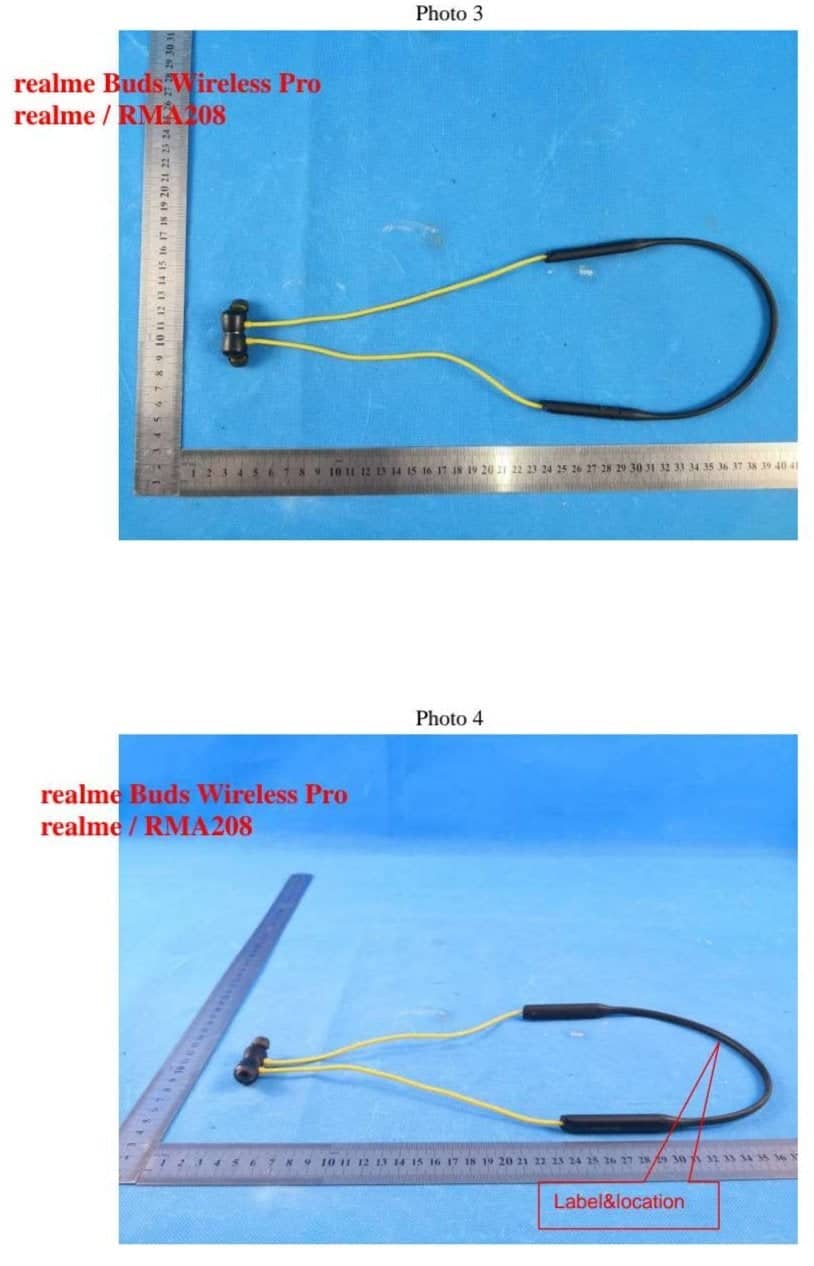 Additionally, since the leaked certification has the Pro tag, we can be sure that it will come with premium features including the faster charging with Type-C port, Improved audio quality with better audio drivers, noise cancellation and better battery life. However, we are not sure when this will get launched and going by the certification date, we think that the launch is not far away.

Next Redmi 10x Coming: Passed Though A Couple Of Certifications