Xiaomi is coming up with the launch of Mi 10 Youth Edition on April 27th. As per a leak, the price is expected to start at CNY2,299 (~Rs. 24,775). The company will also showcase it’s new MIUI 12, a new Bluetooth Headset and RedmiBook 13 alongside the event.

Additionally, the company will announce a pair of new Mi Bluetooth Headset and RedmiBook 13 Ryzen edition. Unfortunately, there is no information about the headset but the RedmiBook 13 laptops are expected to come with Ryzen 5 and 7 processors. RAM variants will be up to 16GB and 512GB storage. The company will also showcase the new MIUI 12 in all its glory alongside the Mi 10 Youth Edition. 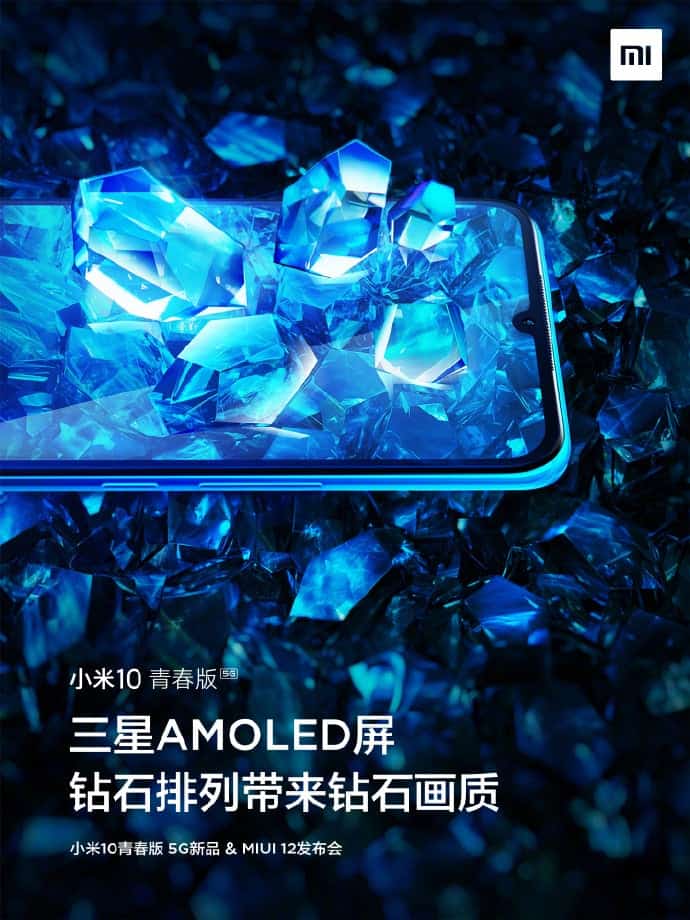 Talking about the Mi 10 Youth Edition, the company says Samsung’s Pentile AMOLED display that it uses will have a ΔE value of 1.1. This should lead to great colour accuracy. Top-selling monitors have a ΔE  value of over 2, hence, we can expect the display to be very good. It will also have a 180hz touch sampling rate and HDR10+ support with a dew-drop notch. Under the hood, it is powered by Qualcomm Snapdragon 765 with Dual-mode 5G (NSA/SA) connectivity.

Optics include a quad-camera setup with a Periscope lens up to 50x digital zoom and OIS. It has a 48MP Primary snapper, with an 8MP ultra-wide, and a 5MP Macro lens. The selfie camera is a 16MP sensor. Storage includes an LPDDR4X RAM, UFS 2.1 storage. The phone will come in four colours- White gradient, Peach, Turquoise, and Blue. Other specifications include a 22.5W fast charging support, 4160mAh battery.