Samsung is currently working on its next iteration of smartwatch under its Galaxy Watch lineup. After the Galaxy Watch Active 2, the chaebol hasn’t added any new offering in its smartwatch portfolio. For those who’re unaware, Samsung launches at least one smartwatch every single year. Well, the upcoming Galaxy Watch iteration has now appeared on China’s CMIIT certification. As expected, the new listing has revealed some key information about the wearable. 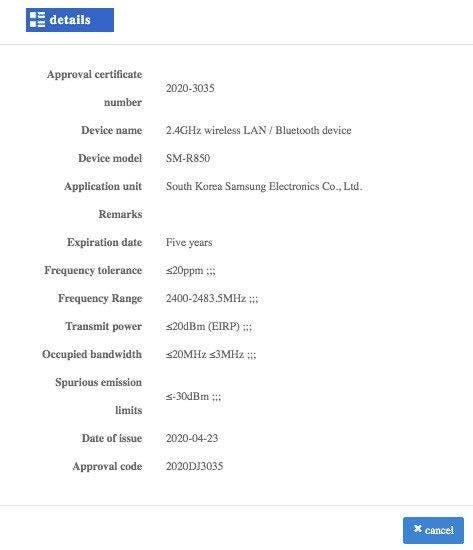 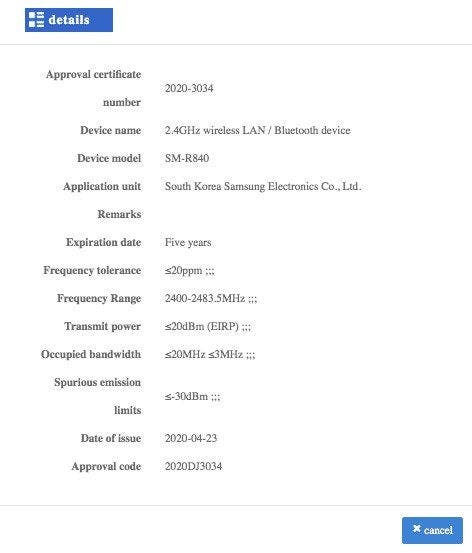 The upcoming wearable will arrive with the model number SM-R840/845 and SM-R850/855. As per the listing, the new watch will arrive with 2.4GHz WiFi and Bluetooth connectivity. It seems like the two models i.e. SM-R840 and SM-850 are the two screen sizes of the product. The SM-R845 and SM-R855, on the other hand, might be the WiFi+LTE variants of the wearable.

Sadly, the listing hasn’t revealed anything else about the product. In fact, we also don’t know whether the product will fall under the Galaxy Watch Active or original Galaxy Watch lineup. Coming to the launch, we expect the next wearable to launch alongside Galaxy Note 20 series since the same didn’t happen with the S20 launch.

To recall, the Galaxy Watch Active 2 comes with numerous features such as ECG, heart rate sensor, sleep tracking, and more. The watch can track a plethora of workout activities using the Samsung Health application. It also comes with an IP68 rating offering 5ATM water and dust resistance along with military-grade durability. Lastly, it runs on the Tizen based Wearable OS 4.0 in terms of software.

Previous Redmi K30i to come with a 120Hz display