Huawei is gearing up to release a new smartphone dubbed Huawei P Smart 2020. This isn’t a big surprise, after all, it’s natural to see the company giving continuity to its smartphone series. Now, it is getting more consistent since that handset appeared on the website of Dutch online retailers. The listing brings us a bunch of images along with the details specifications of the entry-level smartphone.

The Huawei P Smart is expected to come with Kirin 710F SoC. This particular chip could allow the handset to come with Google Mobile Services. Moreover, it should have 4GB of RAM and 128GB of internal storage. We expect it to be further expanded with a microSD card. The specifications are built around a 6.21-inch display with FHD+ resolution and a waterdrop notch serving as a house for an 8MP selfie shooter. 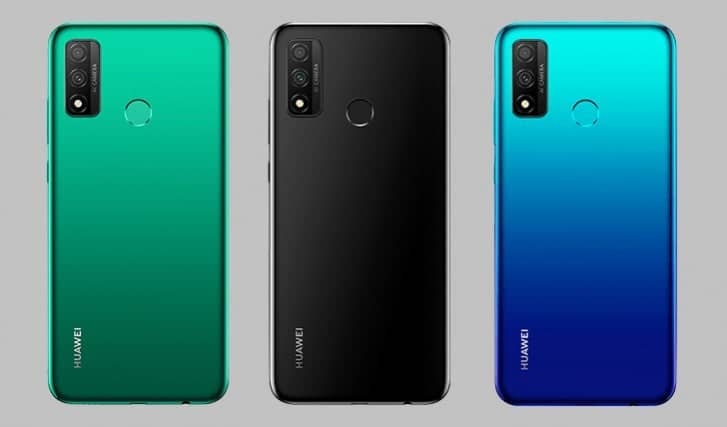 Moving around to the back, we have a 13MP main shooter paired with a secondary 2MP depth sensor and a LED flash. Also on the back, we have a fingerprint scanner. The handset draws power from a 3,400mAh and charges over USB Type-C. Other features include NFC, Wi-Fi Dual-Band, and a 3.5mm headphone jack. Despite the availability of EMUI 10.1 and Android 10, we believe that this particular will sacrifice it in favor of GMS-powered EMUI 9.1 and Android 9 Pie.

The new handset will in Green, Black, and Blue color options. The listing mentions a free 3-month trial for Huawei Music. The phone is expected to come to Europe in the coming months and will cost €200.

Previous Windows 10X would also be intended for tablets and PCs

Next Realme X50m 5G is now up for sale in China