Today, Xiaomi’s Redmi announced the highly-anticipated vanilla Redmi Note 9. The handset is pretty similar to its Pro siblings, apart from some changes in the hardware. The biggest one is the CPU. Unlike other Note 9 Pro devices that are sporting the same Snapdragon 720G, the Redmi Note 9 boasts a brand new MediaTek Helio G85 SoC. So once again Xiaomi and MediaTek partnered to debut a new chipset.

Interestingly enough, this newer gaming chipset comes three months after the Helio G80 was announced along with the Realme 6i. There aren’t many changes if we compare it to its predecessor. The MediaTek Helio G85 still is a 12nm chipset with a 2+6 Core arrangement. Therefore, we have a 2x Cortex-A72 cluster clocked at 2.0Ghz plus another 6x Cortex-A55 cores. That’s the same arrangement and clock speed as the Helio G80. The only real change rests in the GPU. 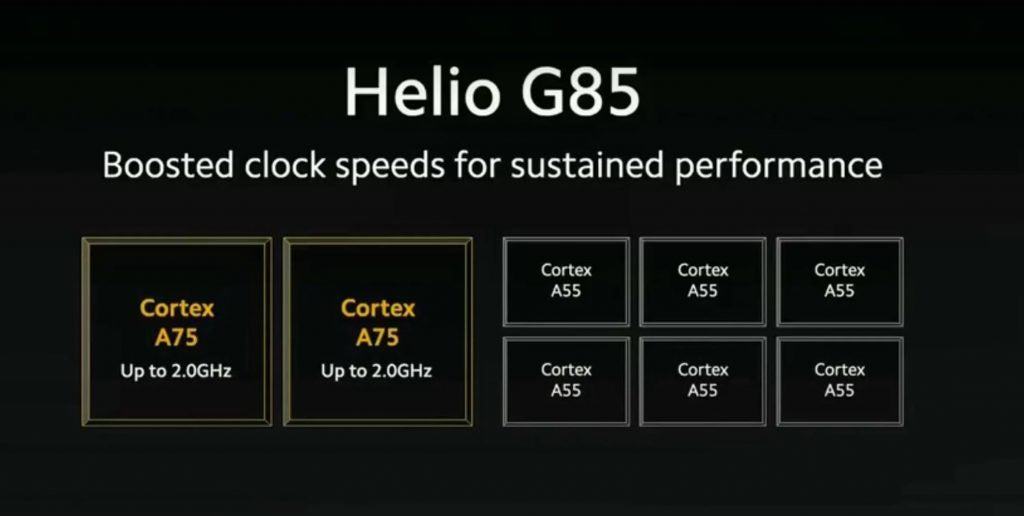 The GPU still is a Mali G52 MC2, however, the clock speed is set a 1000MHz. The Helio G80, on another hand, has the very same GPU clocked at 950MHz. So we have just 50MHz more which is slightly disappointing. MediaTek’s HyperEngine makes its presence here, ensuring the best performance this chipset can deliver in games. Unfortunately, full details are still unavailable at the moment. Let’s hope that MediaTek publishes the full specs sheet on its website in the coming days. 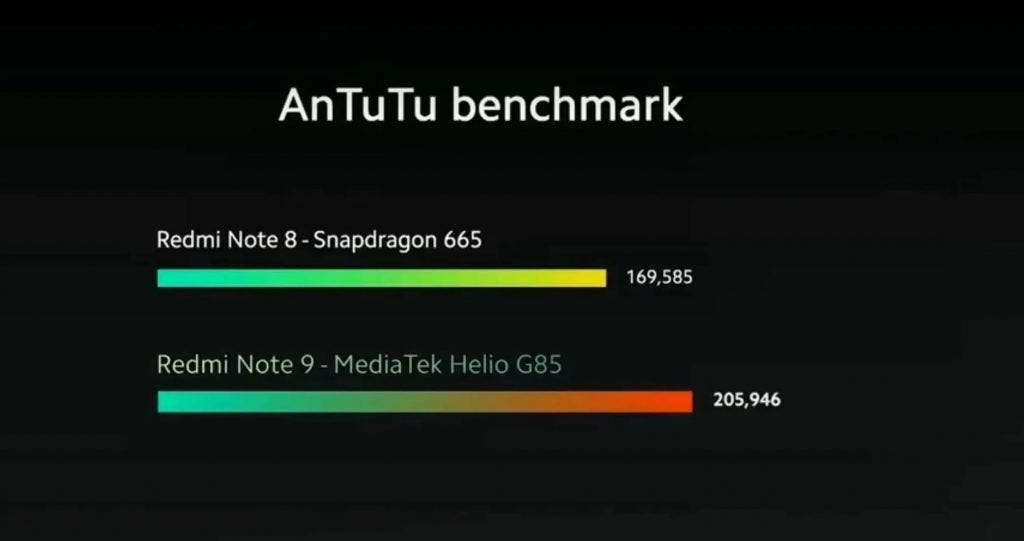 Despite the uncertainties, the new chipset still delivers a solid performance. If AnTuTu results are trustable enough for comparison purposes, we can say that the new Redmi Note 9 with the Helio G85 offers a boost in terms of performance in comparison with the Redmi Note 8.

Previous Oppo A92 Aurora Purple color spotted in all its glory