Smartphones with physical QWERTY keyboards were truly a thing back in the 2000s. However, they’ve lost its relevance with the arrival of touch-screen smartphones. During the last years, we believe that BlackBerry was the only company to believe in the advantages of physical keyboards over touch-screen solutions. We also saw some Frankenstein-solutions coming from companies like Samsung, or have you forgotten the hideous Galaxy S8 Keyboard Cover? While this concept is pretty much something for a specific niche of users nowadays, there are companies, that still have some ideas for QWERTY keyboards. That’s what Oppo’s latest patent suggests. 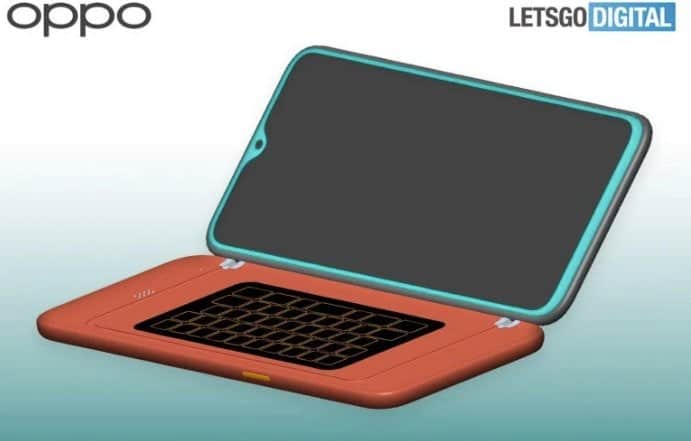 Oppo filed a patent showing a smartphone with a QWERTY keyboard. However, it’s farm from BlackBerry recent smartphones, it’s more like a modern smartphone coming along with a Dual-Screen case. It resembles the solution used by LG on its LG G8X, V50, and the most recent V60. Of course, we can’t take patents and affirm that they will be converted into real products. However, they are enough to show us when companies are playing with unconventional ideas.

Apparently, this case will be attached to the smartphone back, allowing the users to use the QWERTY capacitive keys. Yeah, by the looks of the patent, there’s no tactile feeling with this keyboard. But the company could mimic the feeling with haptic feedback. The smartphone here has thick bezels and a waterdrop notch. Mostly feeling like a generic handset. 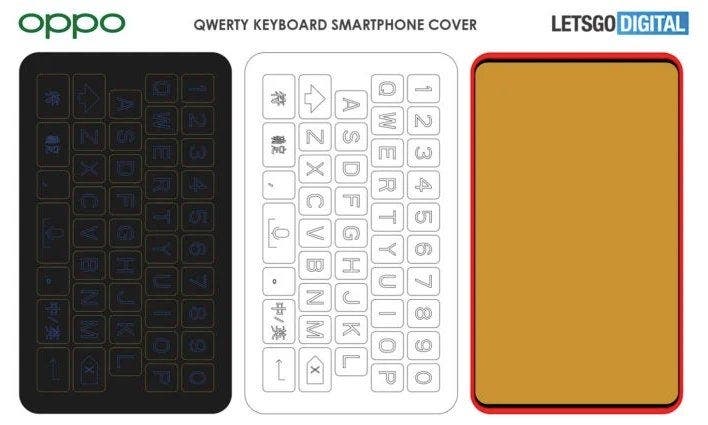 There are enough clues to make us believe that this is nothing more than a mere unfinished idea. There’s no indication that a concept like this one will ever see the light of day, but fans of this design aspect can still hope. Oppo and other companies in the BBK conglomerate are always playing with unconventional ideas. These ideas usually give life to new trends.

Dou you think that physical QWERTY keyboards are still a thing and companies should deliver us more accessories or smartphones to bring this concept back to live? Let us know in the comments section below.