Mozilla has released version 76 of its Firefox browser. With this version and by the built-in password manager Firefox Lockwise, the user will be entitled to see critical alerts when a website is breached.

If an account is affected by a data leak and the same password is reused for other sites, the user will be notified with a notification of the affected accounts to change the password.

Firefox 76 introduces an even safer and more useful password manager

Such changes are linked to the Lockwise dashboard. It is based on the Firefox Monitor service and working in partnership with Have I Been Pwned (HIBP). Mozilla specifies that: ” Firefox never sends your identifiers and passwords to third-party servers or services. It keeps anonymous all data concerning identifiers and data leaks”.

There is a check of a list of encrypted passwords against information about data leaks or in other words from known hacked sites. Also for the password manager, Firefox will help generate a complex and secure password for more sites. 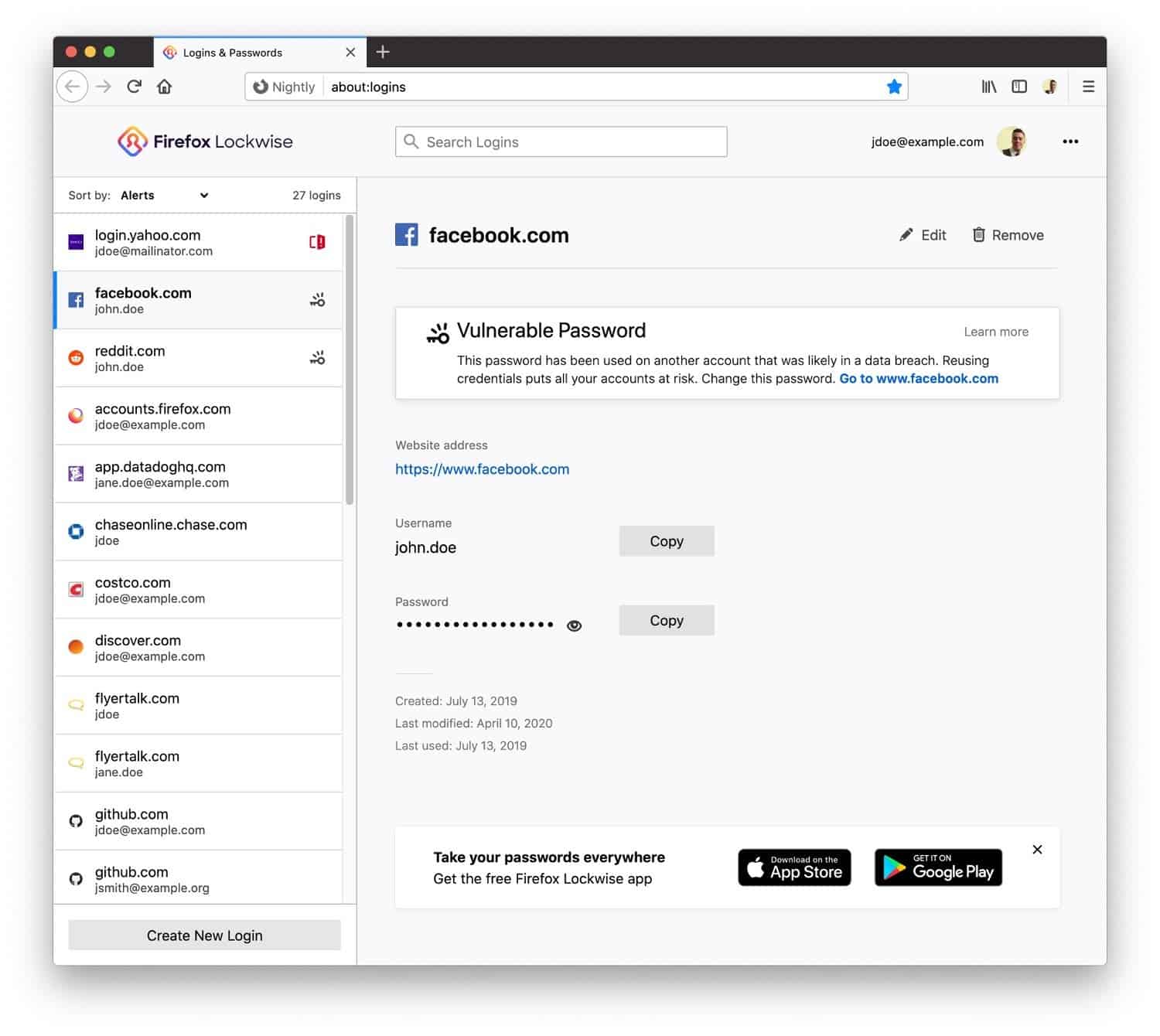 Before possibly defining a main password or otherwise before revealing passwords in clear, the user should verify the identity via the identifiers of the Windows or macOS account. For Mozilla, this may make sense in the context of a device shared with other people.

The other new features in Firefox 76 concern improvements for the Picture-in-Picture mode. Now, with a double-click, you can go to full screen. In addition, the support of Audio Worklets with the Web Audio API is also now available. It will allow in particular to directly join Zoom calls on Firefox.

Also note that the deployment of the WebRender graphics rendering engine. It offers better exploitation of modern GPUs and parallelization. The deployment continues with more Windows users. It is now available by default on recent Intel laptops with a screen resolution of 1920 x 1200 pixels or less.

Next iPhone: a zero-day vulnerability allows spying on your personal data