The launch of Honor X10 is just around the corner, we already have a lot of information about the device. The Honor X10 will be officially launched on May 20th. The highlighting part of the phone will be 5G connectivity at a lower price tag. The X10 will be the cheapest 5G smartphone offerings from Huawei. According to a new 3D CAD image, the phone will also have a graphene-based heat sink. 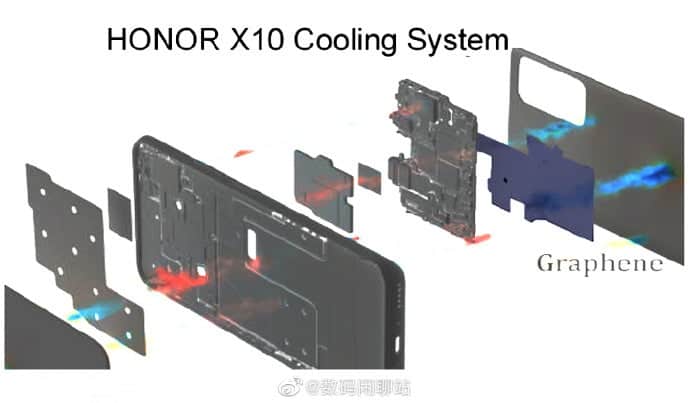 Talking about the specifications of Honor X10, many of the device’s specs have already been leaked. The device features a 6.63-inch FHD+ display. In the camera segment, we have a triple rear camera featuring a 40MP Sony IMX600 sensor, 8MP ultra-wide, and a 2MP depth sensor. For selfies, we have a 16MP pop-up camera. Meaning you will be enjoying a notch-free display just like the Honor 9X. The Kirin 820 5G chipset will be powering the device. Paired with 8GB of RAM and up to 256GB of internal storage options. There is a 4200mAH battery with 22.5W fast charging support.

The device is all set to launch on May 20th. For now, the phone seems like a great mid-range offering from Honor.