In December 2019, Oppo released the Oppo Reno 3 series. It is not up to six months since its release and there are already speculations about its successor. Recently, an alleged real image of the Oppo Reno 4 hit the web. Popular Chinese leakster, Ice Universe, posted this image and suggested that it feels like the LG Velvet. 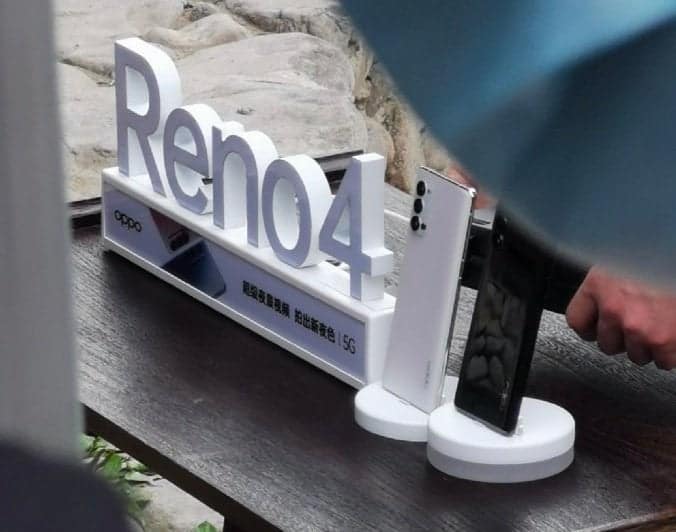 For starters, the image shows that this smartphone will support 5G network like its predecessor (obviously). This smartphone comes with a unique camera arrangement. The seemingly large protruding sensors are independent with a flash beside them. According to the image, the Oppo Reno 4 will come with a triple or quad rear camera setup. If it is a quad configuration, then the fourth lens should be a smaller depth-sensor.

Interestingly, this smartphone has a close resemblance to the LG Velvet. If this is truly the Oppo Reno 4, then we may just have a cheaper LG Velvet. The Reno 4 will obviously be more cost-effective relative to the Velvet.

In terms of colour, the image shows a white and black device but only shows the rear of the phone. Thus, we can not tell what the display looks like.  In addition, there are obvious arc designs on both sides of the back of the phone. Since the front is not exposed, it is not clear whether the curved screen is used.

At present, there is very little information about the smartphone. The Oppo Reno3 and 3 Pro are well-spec’d mid-rangers with 5G. Thus, the Reno 4 series should also be a mid-range smartphone. For mid-range 5G smartphones, the Snapdragon 765G or Snapdragon 768G sounds more appealing. We can also expect other flagship features like the use of a 90Hz refresh rate display.

What do you think about the leaked image of the Oppo Reno 4? Do you think this is the real deal? Let us know your thoughts in the comment section below

Next Nokia 3.1 Plus is getting Android 10 update with April 2020 security patch