Korean operator SK Telecom and Samsung Electronics have introduced the world’s first smartphone with a quantum solution to increase security. Therefore, we have the Galaxy A Quantum.

Galaxy A Quantum is equipped with a Quantum Random Number Generator (QRNG) developed by Swiss ID Quantique. According to manufacturers, the QRNG chip generates random numbers based on quantum encryption technology, which allows you to create reliable, unpredictable keys. Moreover, all this should increase the security of mobile communication.

Smartphones have entered the quantum era: Samsung introduced the unique Galaxy A Quantum 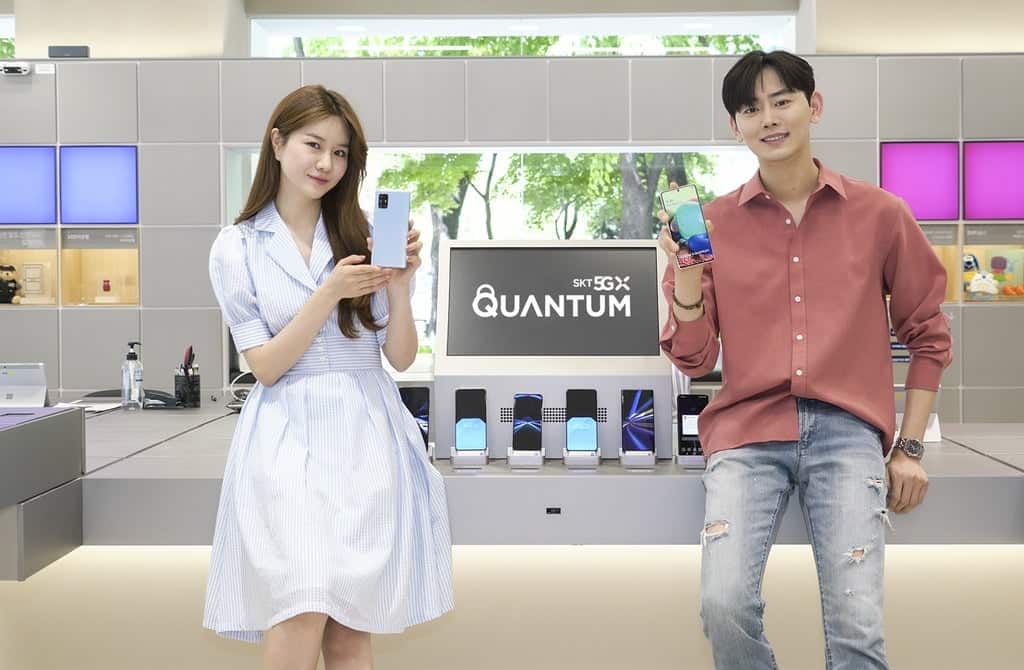 The operator explained that Galaxy A Quantum users will be able to use “quantum encryption” in services that require identification and certification, including mobile payments.

The Galaxy A Quantum smartphone is based on the already familiar A71 5G model. It is equipped with a 6.7-inch Super AMOLED screen with Full HD+ resolution with an embedded 32 MP single camera. Also, it has a fingerprint scanner integrated under the screen and a 64 MP main quad camera. In addition, the phone runs the Exynos 980 SoC, 8 GB of RAM and 128 GB of internal flash memory alongside a battery capacity of 4500 mAh. Also, the smartphone has One UI 2.0 based on Android 10.

The phone costs 530 dollars. In addition, pre-orders will begin to be accepted on May 15, and sales will start on May 22. However, Here is a reminder of the Galaxy A71 5G specification.