Mediatek has officially presented the Dimensity 820 SoC. With the new chip, Mediatek wants to be able to equip mid-range smartphones that should also have 5G connectivity. If you look at the key data, you will find that the Mediatek Dimensity 820 should probably appeal to the “upper middle class”.

The 820 is an octa-core with 4x ARM Cortex-A76 @ 2.6 GHz and 4x ARM Cortex-A55 @ 2.0 GHz. The GPU is an ARM Mali G57 with 5 cores. Technically, it is above the Diemensity 800 that was shown at the CES in January, which somehow has never been seen in smartphones. According to Mediatek, the Dimensity 820 also makes it easy to address 120 Hz displays without any problems. Furthermore, the company’s own HyperEngine 2.0 should ensure that the chip offers a good performance – the CPU, RAM and GPU should also be controlled so that the general performance is correct. 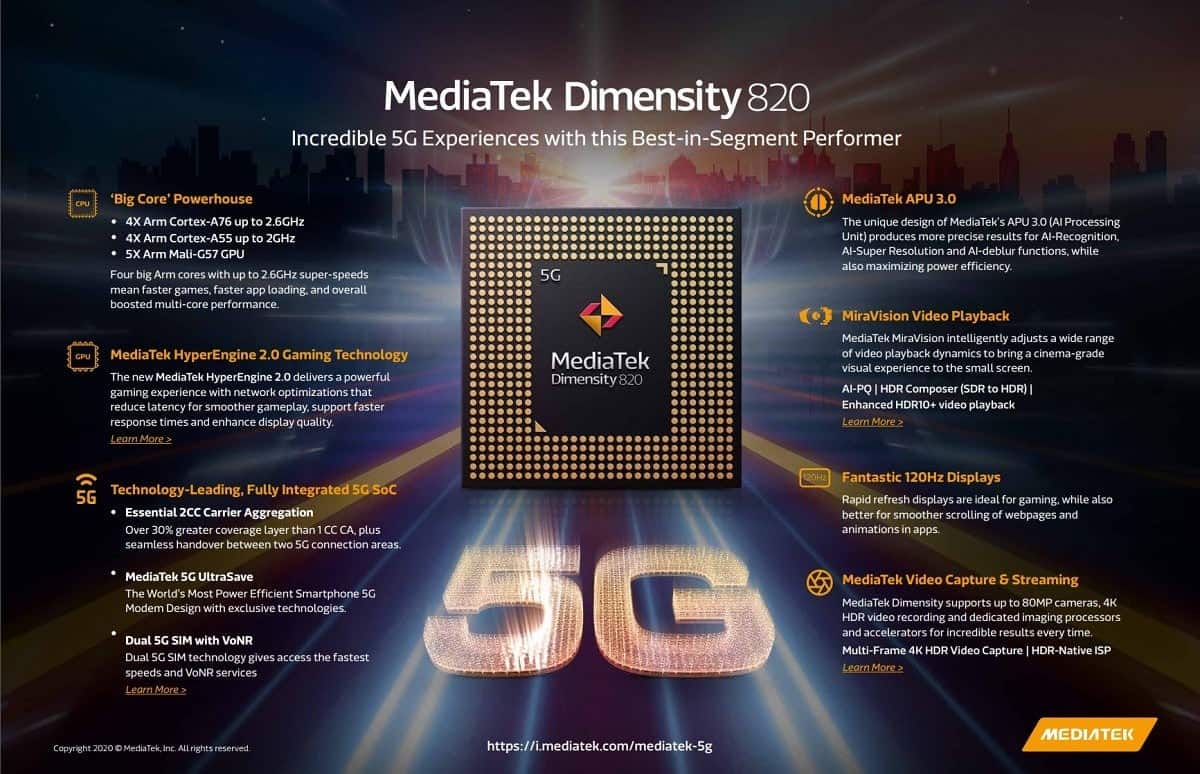 The chip will be released by TSMC with 7 nanometers production standards. The chip also comes with the APU 3.0 engine (AI Processing Unit), which allows you to implement the intelligent functions of photo and video.

Among other things, the possibility of using LPDDR4X RAM, cameras with a resolution of up to 80MP, as well as displays of the FHD + format are mentioned.

During the premiere of the chip, Redmi 10X was announced. Earlier, we thought that it would have the MediaTek Helio G85 SoC. But instead, it would get the new Dimensity 820. It will be the first smartphone with the new MediaTek chip. However, we will see how this new SoC really performs soon.