Xiaomi is gearing up to address the lack of a specific smartphone in China – the Redmi Note 9. However, while this device is known as Redmi Note 9 everywhere it got released, in China, it will be known as Redmi 10X. Moreover, it will also be accompanied by a 5G version and even a Pro variant. Today, the company shared a couple of teaser posts showing the brand’s ambassador confirming the suspicions. The teaser also confirms that the launch of the hot smartphone series will happen on May 26 at 2 PM local time.

The Redmi 10X will be exactly similar to the Redmi Note 9. That means that we’ll have the MediaTek Helio G85 in tow, rear-mounted fingerprint scanner, and Quad-camera setup. The 10X 5G, on another hand, will come with MediaTek’s brand new Dimensity 820 SoC chipset, which promises a performance that is far superior to other handsets in the mid-range segment. Today, the Russian website Xiamishka has confirmed that there is a third variant coming dubbed Redmi 10X Pro. So what are the differences between the vanilla 5G and the Pro variant? 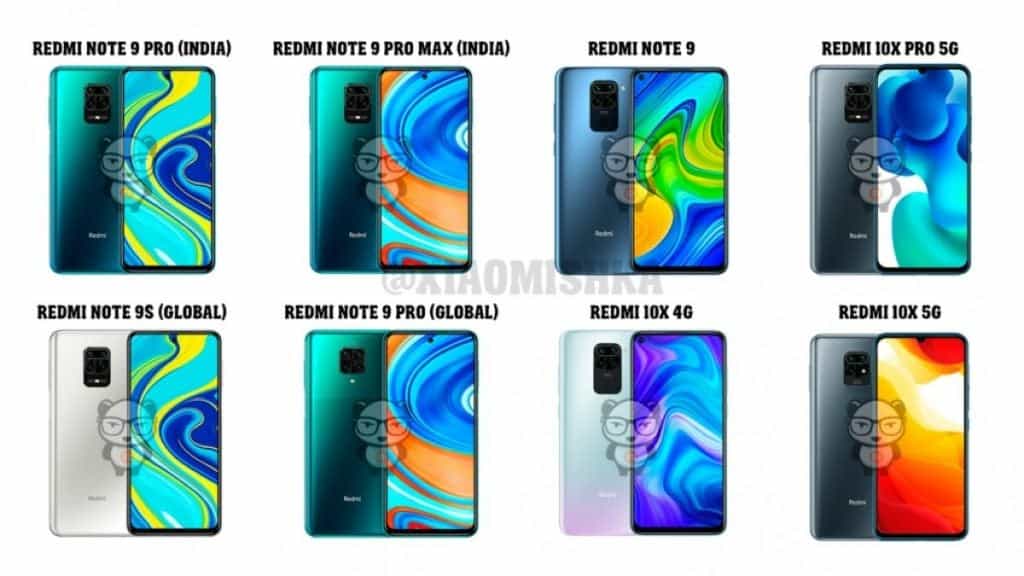 The report is further endorsed by a couple of renders comparing the Redmi Note 9 aka 10X LTE, the Redmi 10X 5G, and 10X Pro. Interestingly enough, the Redmi 10X 5G render shows only three cameras in the rear and no fingerprint scanner is visible. Perhaps, Xiaomi is cutting some corners to make this new handset truly cheap? That would justify the lack of a fourth camera sensor. When it comes to the fingerprint scanner, Xiaomi could easily put it under the display, since reports are indicating that the 10X will come with an OLED display. We don’t know how this bit will affect the smartphone’s price though.

The last and most interesting smartphone seems to be the Redmi 10X Pro 5G. Apparently, it will retain the fourth camera sensor of its LTE sibling, however, once again, the fingerprint scanner is not visible. That means that the handset will sport an OLED panel just like its brother. With this panel, Xiaomi can easily fit an in-display fingerprint scanner. The 10X Pro will, obviously be more expensive than the 10X, but should retain the very same chipset with some variation on the RAM and Storage flavors.

According to recent leaks, the handset boasts the MediaTek Dimensty 820 which is composed of 4 x Cortex A76 2.6GHz + 4 x Cortex A55 2.0GHz. Moreover, the graphical part is ensured by a Mali G57 GPU. The system-on-chip boosts 5G dual-carrier aggregation, 5G + 5G dual card dual standby, and SA /  NSA dual-mode 5G.

The smartphone ships with a 6.57-inch OLED display with FHD+ resolution and up to 8GB of RAM with 256GB of internal storage. In counterpart to the vanilla 10X, the 5G variants will sport a waterdrop notch solution. The handset draws power from a 4,420mAh battery.

As we said before, the three smartphones will be revealed on May 26. We’ll probably get a confirmation about the 10X Pro in the coming days, so stay tuned.