Recently, a Vivo V2002A smartphone was discovered on the GeekBench benchmark test platform. It seems there is nothing odd with this news. But this smartphone may become the world’s first smartphone using Samsung’s upcoming Exynos 880 5G chipset. Another interesting fact, if this is true, Samsung’s Exynos chips may make tough competition to Qualcomm and other players in this field. 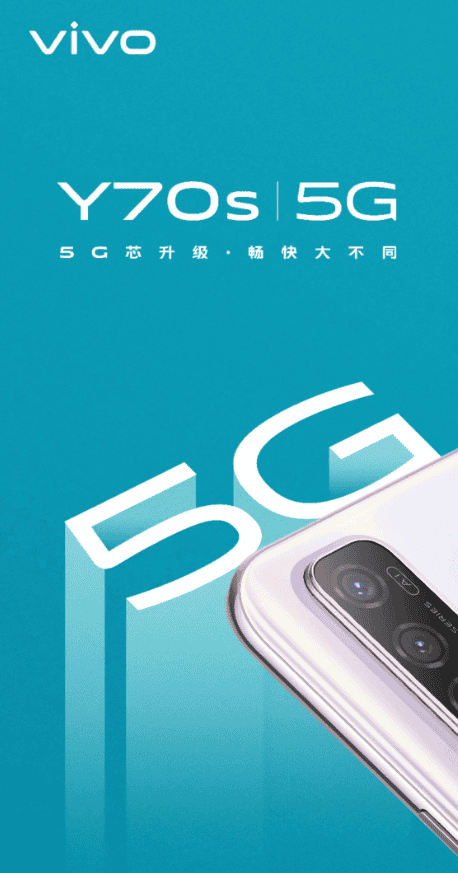 Moreover, Vivo has released two posters about this smartphone. Those posters uncover some design elements and specs of the upcoming handset. Taking into consideration the frequent leaks and the official posters, there is every reason to think the Vivo y70 is coming. And its launch is not around the corner.

According to the poster, the Vivo Y70s will be available in pink and blue gradient colors. The front of the phone carries a high-definition LCD panel with a hole. The phone also supports side fingerprint recognition. And there is a rear triple camera system and an LED flash, of which the main camera sensor has a 48MP resolution.

On the other hand, the manufacturer has officially confirmed the Vivo Y70 will carry the Exynos 880 5G chipset. The latter is considered to be the ‘lite’ version of the Exynos 980. As a reminder, this chip first appeared on the Vivo X30 series in December 2019.

In GeekBench 5, this phone scored 641 points and 1814 points in single-core and multi-core tests, respectively.

Well, when it comes to the phone itself, we have many interesting features that are worth looking forward to. Say, it’s said the Vivo Y70s will come with an 8GB of RAM and a 128GB of built-in storage space. The battery capacity is 4500mAh. According to the 3C certification of the Vivo V2002A, it may have an 18W fast charger. Taking all the aforementioned features, we may get quite acceptable battery life.

Currently, Vivo has not confirmed the specific release date and selling price of the Vivo Y70s. But once again, as the posters have begun appearing on the net, it should hit the market soon.

Previous Redmi wireless earbuds coming up on May 26th

Next What Advantages Does 144Hz Screen Bring? [iQOO Z1 Case]