According to MacRumors, some users have received the AirPods Pro with the words ‘Assembled in Vietnam’ printed on the charging case. In other words, this proves that AirPods Pro has started production in Vietnam.

Apple has been seeking to increase the geographic diversity of the supply chain. So moving the production of the AirPods series product line to Vietnam is an important step for Apple. 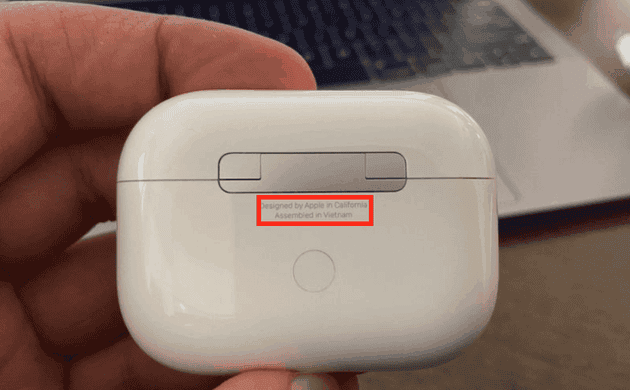 ‘The mass production of ‌AirPods‌ in Vietnam started as early as in March,’ a person familiar with the matter said. ‘The Vietnamese officials even granted special permits for a key Apple ‌AirPods‌ assembler to help the company bring in engineers to the country for smooth production during lockdowns.’

Subsequently, Vietnam began to relax some cut-off measures at the end of April.

‘It’s still an irreversible trend that big U.S. tech companies will need to gradually seek production bases outside China,” another supply chain executive told Nikkei. ‘Most of the U.S. companies including Apple are looking for non-China production. … Some prefer Vietnam and some like Thailand, some in India, and some in the Americas, and other Southeast Asian nations.”

Importance of Vietnam for Apple

Vietnam has always been the main area for Apple’s audio accessories production. Old products such as Apple’s wired headset EarPods are also produced in Vietnam. And there seem to be no signs of slowing down. In fact, there were reports earlier this week that Apple’s headset AirPods Studio will be produced in Vietnam from the beginning. Their shipments are expected to begin in June or July.

Apple’s product line in Vietnam may also involve the iPhone. According to DigiTimes, Apple has asked iPhone manufacturing partners to expand production in India and Vietnam. The main partner Foxconn already has a large number of assembly facilities in Vietnam.

Next Galaxy M51 tipped to launch in early June