A few days back, OPPO teased the arrival of a new audio product on social media in China. Today, the Acoustics and Health divisions of the company has shared initial teasers of the new OPPO Smart Band and an upgraded Enco W51 pair of truly wireless earbuds.

The recent post from the Oppo’s Acoustics division on Weibo has hinted at the arrival of a new pair of Truly Wireless Earbuds, the Enco W51. This could be an upgraded version from its lower model, the Enco W31. The teaser image shows a design that is similar to the recently launched W31, which went on sale a while back. 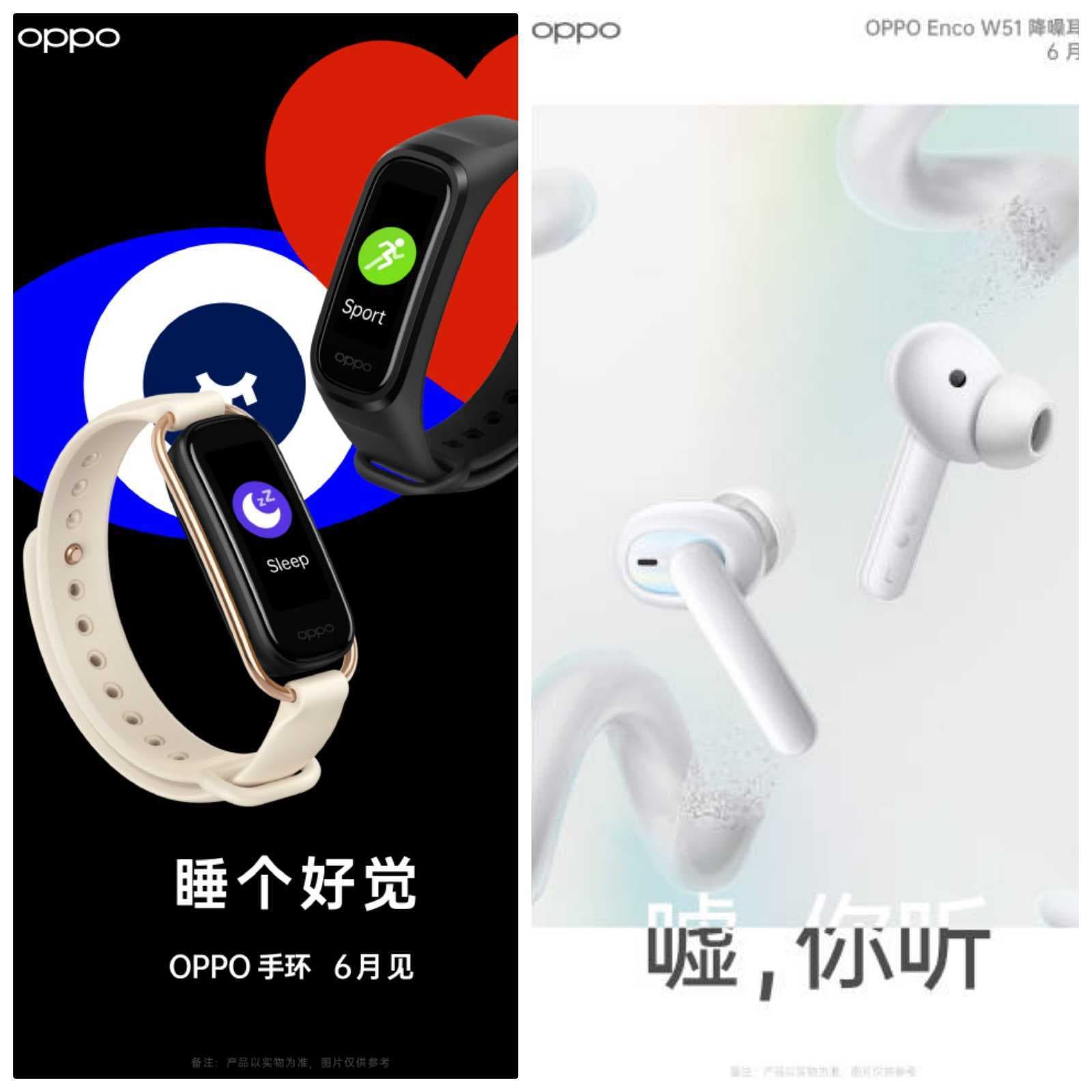 The new image also hints at a new Noise Cancellation feature which could be the talking point of the earbuds. Two microphones are visible in the image, one of the outside and the other, inside the angled earpiece.

There seems to be a circle-shaped area beneath the earpiece, which could be the touch response area considering the lower W31 also had it. From the teasers, we can say that the earbuds will come in White and Black colour options.

Additionally, OPPO’s Health social media account has shared a teaser image of the upcoming OPPO Smart Band. The teaser image has a ‘sleep tight’ tagline. We can spot two different models of the band here.

One of the models has a black silicone strap and the display seems to be fixed to it, but it could be detachable. It has a Sport Mode highlighted on it indicating a fitness tracker version. The other one has white silicone straps but a copper-coated ring around the display.

The display has Sleep Mode highlighted on the second band, and this could be a different model, but we will have to confirm that in future.

Apart from this, both the teasers point to the same launch month of June. This likely means their arrival will be on the same day, considering both teasers came at the same time. However, nothing is sure yet and OPPO is expected to share more details as the launch gets closer.