We already know, that the ELEPHONE brand is planning to release the update versions of some of their phones very soon. And today we got hold of some promo posters for both the ELEPHONE E10 Pro and ELEPHONE PX Pro so we can speculate some more about the actual specs of the phones. Not to mention they will be coming with some serious launch discounts and giveaway luck&draw campaign for both of the models and some extra products. 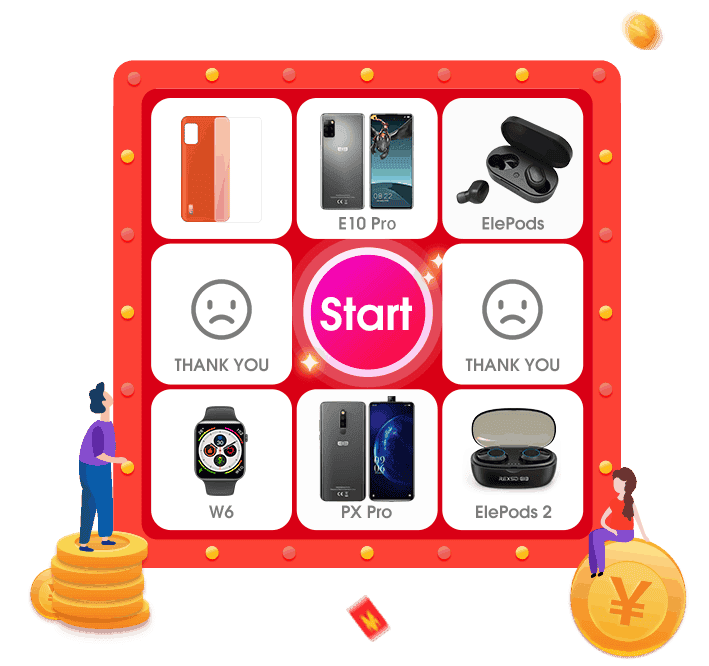 Seems like the previously announced “just design” changes are not actually correct, because the posters are showing some updates to the specs of the phones too. For example the original PX sports dual 16MP+2MP rear camera setup, but the ELEPHONE PX Pro will have 48MP main sensor. We shall see how much else will change inside the phone. Original retail price is set a bit higher than the basic model with $179.99, but the launch discounts should slash it significantly. You will be also able to add extras to the order with ElePods earphones for just $5.99.

And the second mode, ELEPHONE 10 Pro, will also have some notable changes just by looking at the poster. Aside the obvious switch from the waterdrop screen to the punch-hole design of course. It will still be the 6,55-inch HD+ screen though. But the internal storage will get bumped to 128 GB and some changes are coming to the quad rear camera setup too. Like the improved 2cm macro camera sensor. Retail price looks the same as the original at $169.99, but the company will surely go lower at launch. And with free phone cases as a gift too.