The Honor X10 is the main rival of the newly-announced Redmi 10X. They are considered to be pseudo-flagship models. And both support 5G. But if Honor’s phone carries the Kirin 820 chip, the Redmi device comes with a MediaTek Dimensity 820 chip under the hood. Anyway, Honor is a worthy competitor. And this is not only our opinion. Today, the phone went on sale. And in 8 minutes, it sold over 100,000 units. 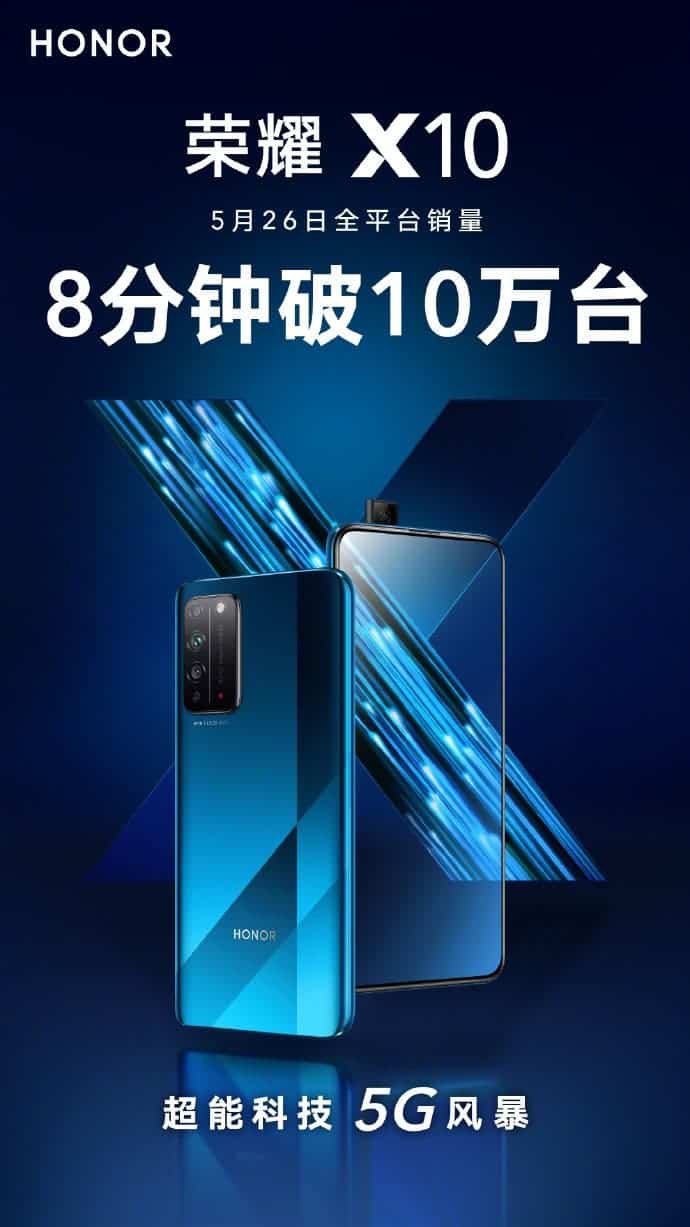 The Honor X10 sports a 6.63-inch full-screen with a 90Hz screen refresh rate. It also supports the 90fps high frame rate of many mainstream games, and the picture smoothness has been greatly improved. In addition, the touch sampling rate of up to 180Hz also makes playing games smoother. The handset supports the German TüV low blue light eye protection and opens the e-book mode with one click. Concealed and delicate side fingerprint unlocking looks beautiful and is quite practical.

The phone adopts a pop-up design. On the back, it carries a flagship 40 million RYYB high-sensitivity image three-camera system, of which the RYYB main camera has more than 40% more light input than the traditional RGGB. It has a 1/1.7-inch outsole, which supports four-in-one large pixels. By the way, the flagship Kirin 990 has the same ISP5.0 processing power and photography ability.

Previous Samsung Galaxy A50 Android 10 with One UI 2.0 Roll Out Resumes in India