UMIDIGI is known for their powerful and affordable smartphones and wearables. Their new mid-range flagship phone UMIDIGI S5 Pro and new entry-level beast A7 Pro just kicked off first sales globally in UMIDIGI Fan Festival 2020 on AliExpress. During the sale, the S5 Pro is available for a shockingly low price of $249.99 while the A7 Pro is at only $99.99. You can also get an exclusive 18-month extended warranty for both of them.

UMIDIGI Fan Festival, which was widely known to customers since last year, is a huge online shopping festival announced by the UMIDIGI company where UMIDIGI’s lovers around the world can buy UMIDIGI products on special deals and discounts. Just like the following new phones.

UMIDIGI S5 Pro is the latest flagship phone from the company offering high-end specifications at a compelling price of only $249.99. 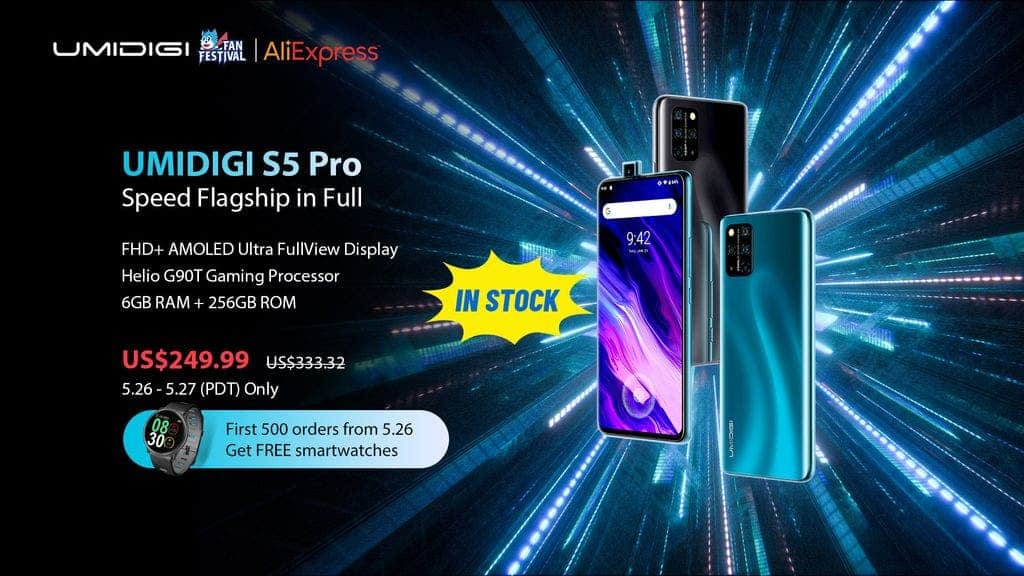 The S5 Pro is powered by MediaTek Helio G90T gaming chipset coupled with 6 GB of RAM and 256 GB of internal storage as well as a cooling system. The device has a 6.39-inch FHD+(1080×2340) AMOLED display, with an under-display fingerprint scanner. The device features no notch or punch-hole cutout on the display for the selfie camera and opts for a pop-up camera mechanism instead. 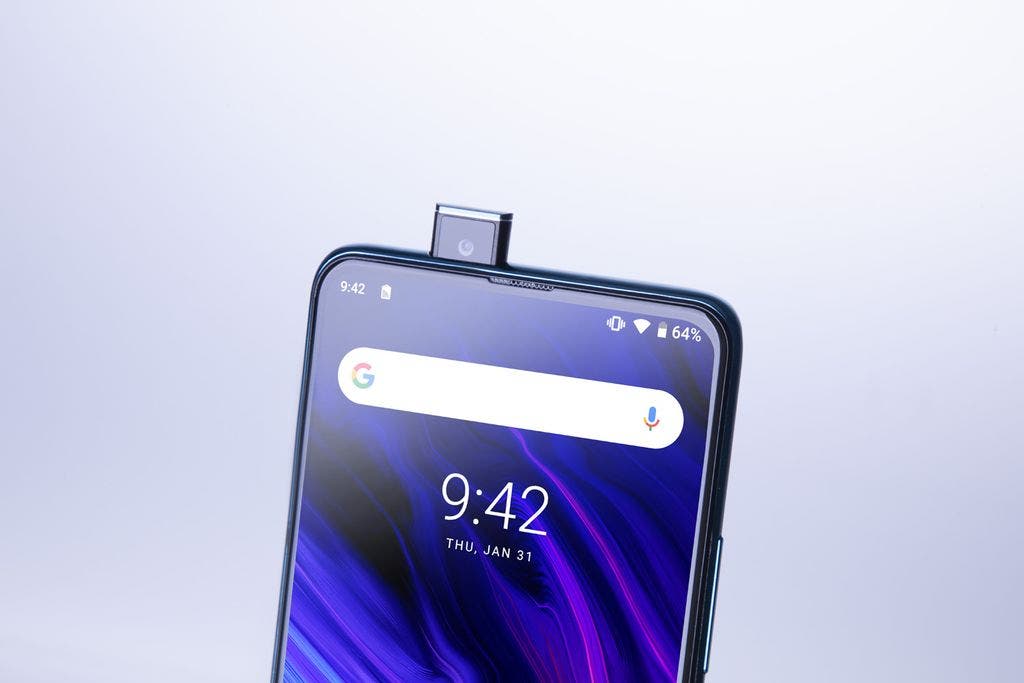 On the back, there’s a quad rear camera module with a 48MP + 16MP ultra-wide sensor + 5MP macro lens + 5MP depth lens. The phone also houses a 4680 mAh battery. And as a bonus it supports NFC for contactless payments via Google Pay or any other service provider. You can get it for $249.99 on Aliexpress and first 500 orders will be getting a free UMIDIGI smartwatch.

And UMIDIGI released an entry-level A7 Pro smartphone too. It is the successor of the popular UMIDIGI A5 Pro which was launched last year to pretty universal position feedback. 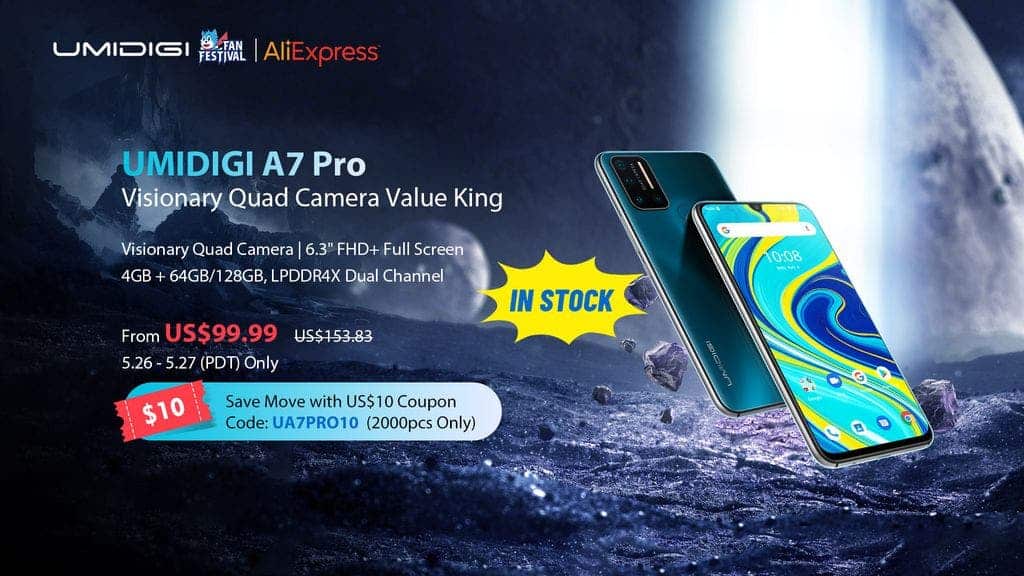 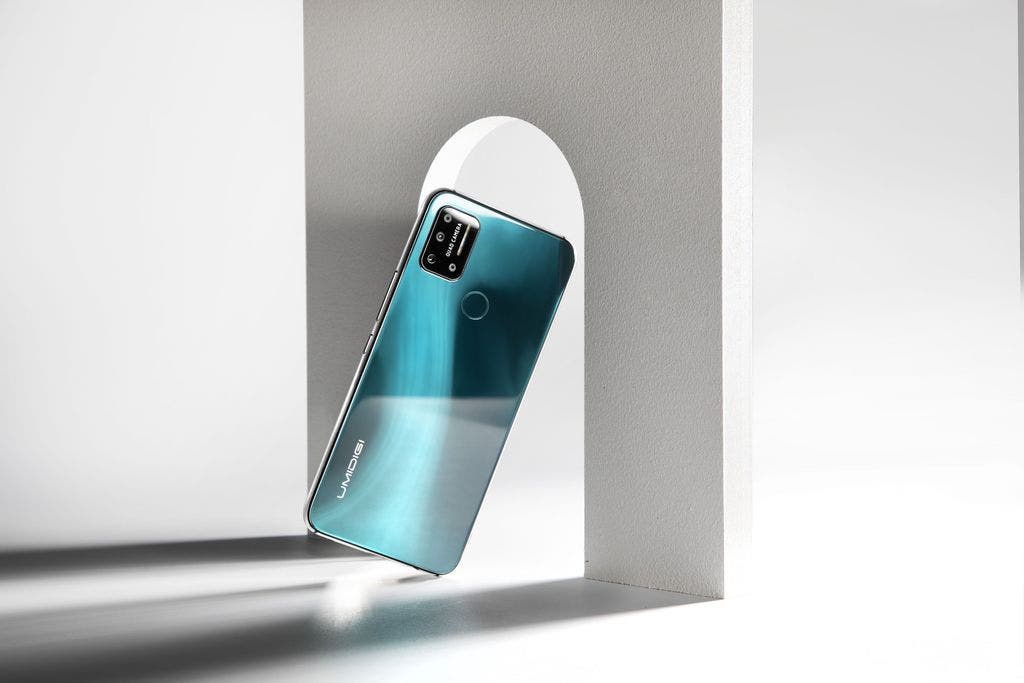 The phone’s large 6.3-inch FHD+ display is great while many phones still stick with HD+ display in this price range. It’s powered by an Octa-Core processor with 4GB LPDDR4X RAM, 64/128GB internal storage. As for the design, the phone carries premium finish with a 2.5D glass back and metal frame. There’s an expandable 3-card slot (Dual SIM + Micro SD) and a USB Type-C port.

UMIDIGI is making a big effort to improve its consumer services. In order to deliver a better shopping experience, UMIDIGI doesn’t only promise an exclusive 18-month extended warranty for the orders of UMIDIGI S5 Pro and A7 Pro during the festival, but also claims that its both new phones are in stock already and will be sent out fast.

Next Big discounts for Ulefone rugged phones from AliExpress