A recently published patent images of the Samsung Galaxy Fold 2 or Galaxy Fold Lite indicate interesting features about this smartphone. The data was provided by the LetsGoDigital website, which also created visual images of the upcoming device.

According to the patent, the Samsung Galaxy Fold 2 should get a long display on the external panel, on which notifications will be displayed. In addition, the description of the patent states that the phone will be waterproof, in particular in the hinge part. The specific degree of protection is not specified. 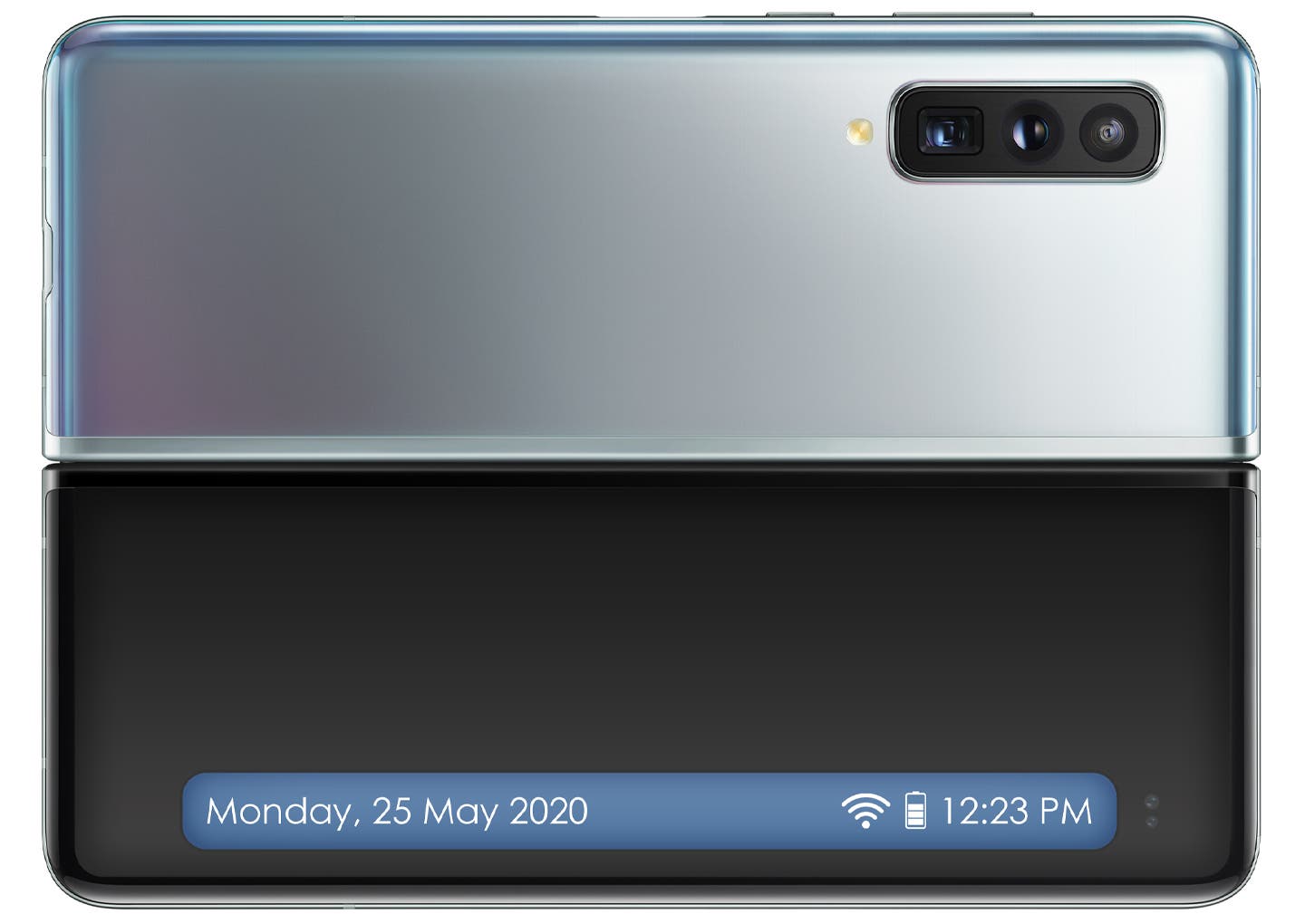 The main camera of the Samsung Galaxy Fold 2 should receive three camera sensors, including a periscope module with an unknown optical zoom value. In the front camera, which is in a familiar place, there are even more sensors. 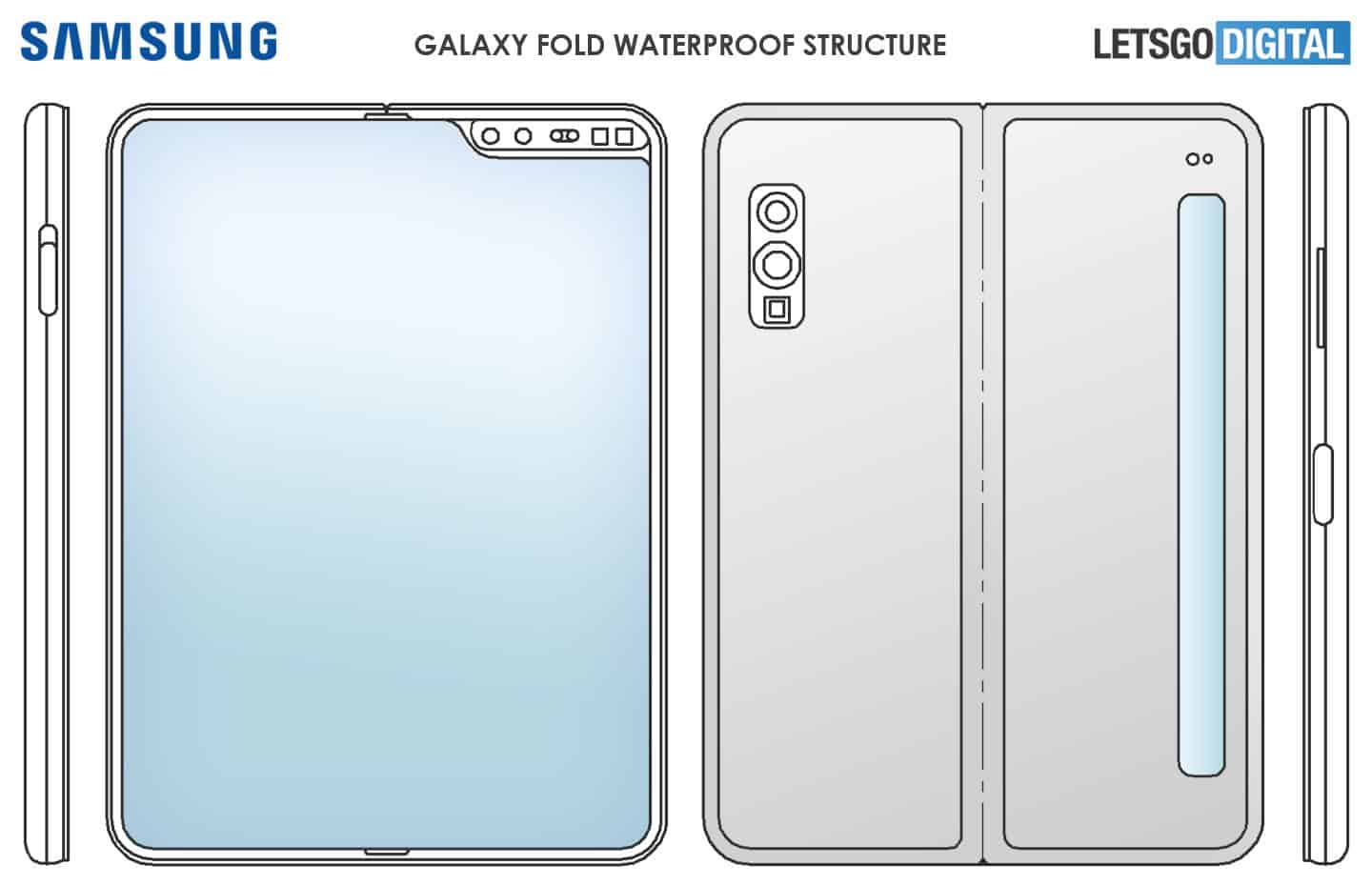 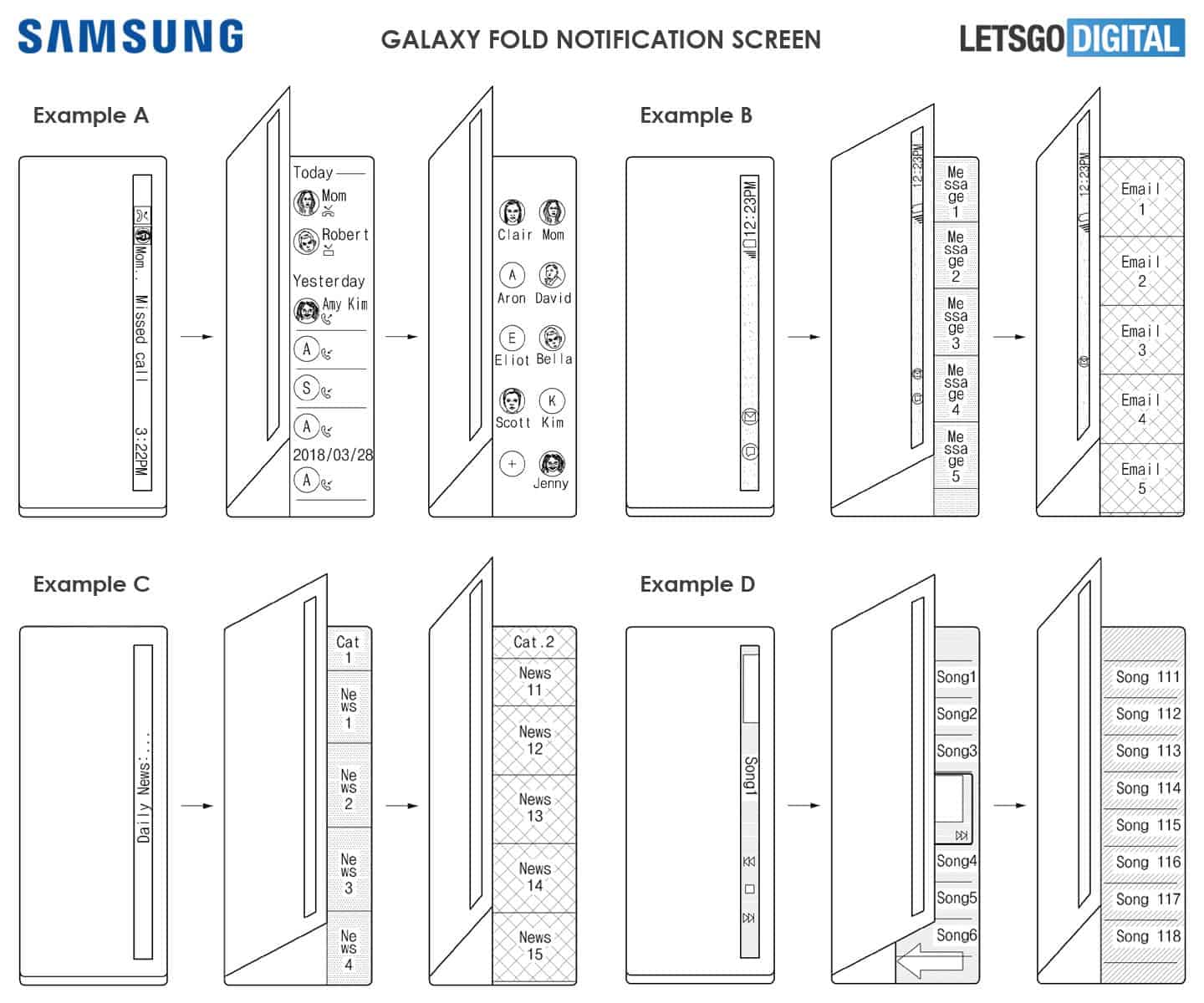 Many pieces of information has repeatedly appeared on the network regarding Samsung’s plans to introduce an inexpensive version of the flexible Galaxy Fold smartphone.

The famous Indian insider Ishan Agarwa has shown a diagram of a smartphone. By external signs, the novelty will resemble the older version of the device. It is made in a similar form factor. The main differences relate to the dual main camera. In addition, the model received a small screen for displaying notifications.

A more affordable Galaxy [Z] Fold Lite seems like a good idea on Samsung's part… But by affordable I mean, I kinda expect it to be below $1200-1100. Now since the Cover Display will be more like a Notification Bar, it's just a small tablet that folds. pic.twitter.com/iGBxlvWszv

The main screen will remain the same. According to leaks, the model will work on the basis of the top Snapdragon 865 processor, but without the support of fifth-generation networks. Most likely, the smartphone will cost around 1,100 dollars.

Here is a reminder of the specifications of the current Galaxy Fold model.

Previous Samsung Galaxy Tab S7 + could have a battery of over 10,000mAh

Next Google is testing voice payment on smart speakers