Xiaomi was the first company to reveal a smartphone with Samsung ISOCELL Bright HMX 108MP camera sensor – the Mi Note 10. Apart from the impressive camera, the handset is a rebranding of the Chinese Mi CC9 Pro. It was more expensive than other devices featuring the Snapdragon 730G, but we could understand how the 108MP module was affecting the final price. The device came with MIUI 11 running on top of Android 9, even though Android 10 was already available. Now, Xiaomi is finally pushing the stable Android 10 update for international markets.

The global units of Mi Note 10 will receive the new V11.1.2.0.QFDMIXM update which bumps the handset to Android 10. It introduces all the goodies expected from the new Android version as well as the April 2020 security patch. This is a major update, and for that reason, it’s quite heavy. The OTA package is around 2.6GB. If you don’t want to wait for the OTA update, the company also offers a fastboot firmware bundle allowing experienced users to manually install the update. Interestingly enough, the European and the Russian Mi Note 10 variants are receiving stable beta updates. For that reason, the Fastboot ROMs are not available for these variants right now. 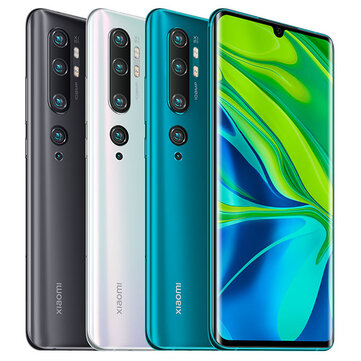 Worth noting that the same firmware is valid for both Note 10 and Note 10 Pro. After all, the only difference between the two is their lens setup. You can download the ZIP package for the global version from the links below and perform a “Local Update”. Worth noting that these regional builds might require Mi Account authorization. However, if you own a device with unlocked bootloader you might be able to flash them via TWRP.

Worth noting that this build is based on MIUI 11, so don’t expect any of the MIUI 12 goodies to be included here. However, the closed Chinese beta allows owners of this device to have a glimpse of MIUI 12.