Last year, Nokia forayed into the smart television space with its 55-inch Ultra HD 4K offering. HMD Global’s subsidiary is now planning to expand the portfolio by adding yet another product. This time we’re looking at a Nokia 43-inch smart TV. The product has already made its way to the BIS certification back in the month of March. Well, we now have some more information on the product and its possible launch date.

As per the recent emerging report, it seems like HMD Global will finally reveal its next television on June 4. We have already heard about the product from the brand itself previously. As expected, the new 43-inch will sit alongside the 55-inch variant of smart TV. Apart from just the launch timeline, we also have some early information on the pricing of the product.

Nokia 43-inch smart TV will fall between the INR 31,000 ($400) and INR 34,000 ($449) price range in the country. Just like the bigger variant, this one too will be available exclusively via Flipkart e-commerce platform. With that said, the exact price range and availability details will be revealed in the launch event itself. 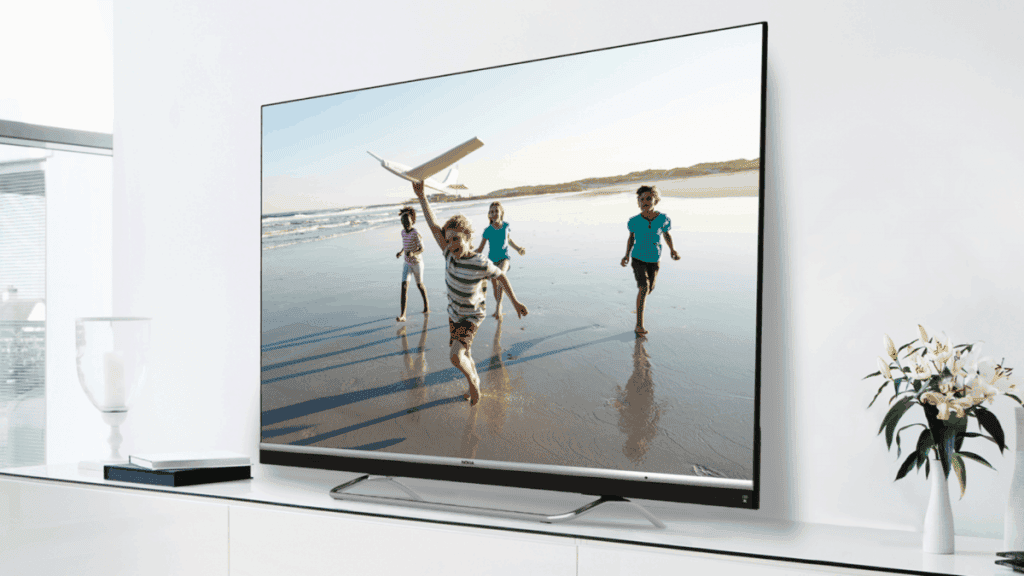 Talking about the specs and features, the upcoming Nokia 43-inch smart television will make use of the Android 9.0 Pie operating system just like the bigger sibling. This means that we should expect a similar user experience. Just like the UI, the design of the television is also going to be quite similar to that of the 55-inch variant. This means that you will get slim bezels on the three sides and of course, the V-shaped stand design.

In terms of resolution, we don’t have much information at the time of writing this. At this price range, we might or might not see the 4K option but Full HD is something that will definitely be there nonetheless. Apart from the different screen sizes, we might even see the same internals on this variant as well. We’re talking about the Mali-450 MP GPU and a quad-core chipset under the hood. Both of which will be paired with 2.25GB of RAM and 16GB of onboard storage.

The key highlight of the television would be the Dolby Audio support along with the DTS TruSurround feature. We should also see 12W speakers on the television. The bigger sibling supports all the popular media streaming services namely Netflix, Prime Video, Disney+ Hotstar, YouTube, and many more.

Previous OnePlus 6, 6T, 7, 7T are getting Epic Game Store and other features via latest software update in India