Oppo is gearing up to unveil new smartphones for the Reno series. The devices will carry Oppo Reno4 and Reno4 Pro monikers and will be unveiled on June 5. Over the past weeks we’ve been seeing those devices frequenting the rumor mill, they’ve also been a target of multiple leaks. Now, we have a pretty goodie idea of what kind of specifications we should expect from both smartphones. The Reno4 Pro design has been leaking a lot lately, but the Reno 4 has been quite shy, until now. 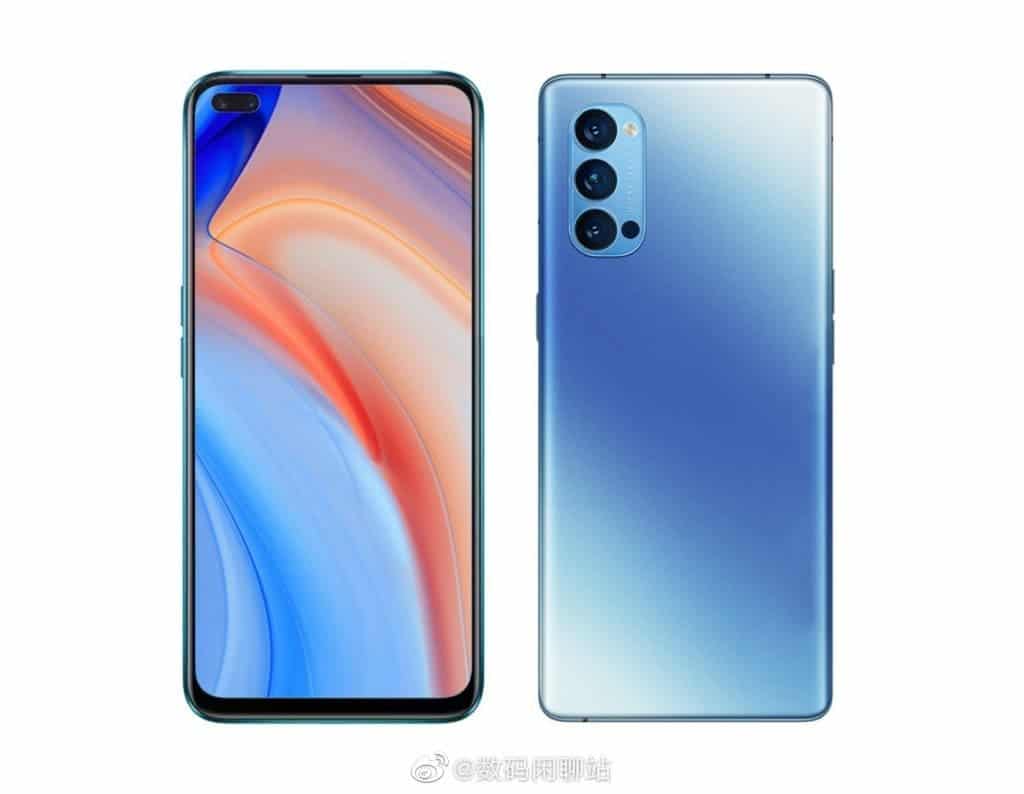 The render reveals a flat display with a pill-shaped punch-hole design for fitting the two cameras. On the rear, we have a triple camera setup with a design quite similar to the Pro variant. It is accompanied by a circular LED flash. In addition to the render, we also got a specs comparison table listing some of the differences between the two handsets. Of course, as we said before, one of the biggest notable differences is the dual-selfie camera in the vanilla variant. The Oppo Reno4 features a dual-punch hole setup featuring a main 32MP snapper along with a 2MP module. The Reno4 Pro, in contrast, has a single 32MP shooter. Unfortunately, there are no further details regarding the sensors. It could help us to understand Oppo’s decision of putting a single camera in the Pro version.

Turning over the back, both smartphones have a 48MP main shooter. However, only the Pro has OIS along with 12MP and 13MP cameras. The Reno4 version has an 8MP and 2MP secondary modules. 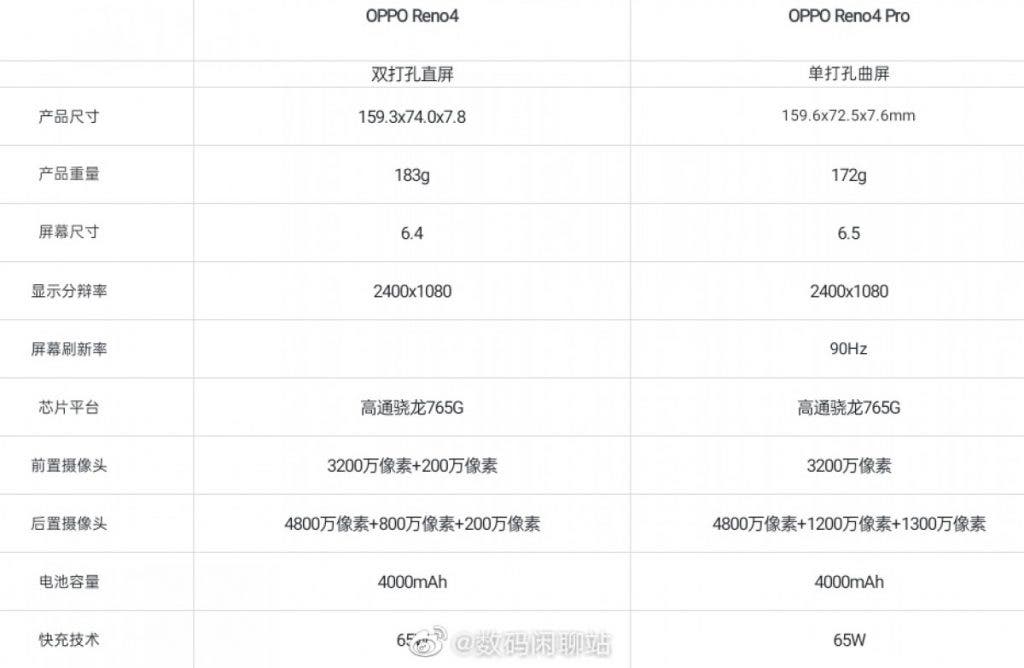 The display in the vanilla version is also smaller featuring a 6.43-inch diagonal. The Pro has a 90Hz refresh rate and waterfall curved effect. The vanilla edition has a flat panel with a 60Hz refresh rate and a 2.5D glass finish. Apart from these changes both displays are of the AMOLED kind and have the same 2400 x 1080 resolution. Under the hood, both devices also share the Snapdragon 765G and start with 8GB of RAM and 128GB of Storage. However, the Pro variant can go up to 12GB of RAM and 256GB of Storage. Both handsets have the same 4,000mAh battery boasting whopping 65W fast-charging support.

According to the source of this leak, the Reno4 will come with a starting price of CNY 3,000, which is around $420. Of course, take this rumored pricing with a pinch or two of salt. More details should keep coming in the coming days as the launch nears.

Next OnePlus 8 series can now run Fortnite at 90fps