A new image surfaced today revealing a new Samsung Smartwatch that could reach the market as Galaxy Watch 2. The smartwatch in question will have a physical rotating bezel. Unfortunately, the naming is yet to be confirmed, but we’ll call it Galaxy Watch 2 for now.

Back in the last year, Samsung announced two smartwatches dubbed Galaxy Watch Active and Galaxy Watch Active 2. None of these two wearables has a physical bezel. However, Samsung did introduce a virtual touch bezel in Watch Active 2. Users can perform some software action with it, however, it doesn’t have the feel of a physical bezel. Worth noting, that the physically rotating control is also more convenient, and you don’t need to fit your fingers in the display to perform the rotating gesture. 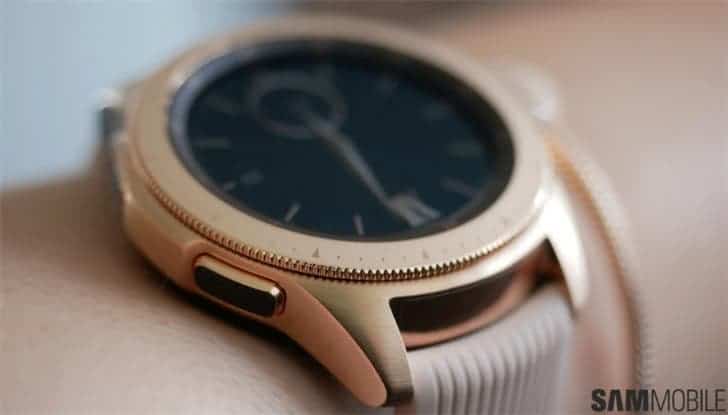 According to a recent FCC certification, the new Watch 2 will use a 45mm dial. The value sits between the Galaxy Watch Active 2 that has 44mm and the larger Galaxy Watch model with its 46mm dial. Moreover, rumors indicate that Samsung will also release a new titanium watch in the coming models. This latter model will be much more expensive than the aluminum and stainless steel versions.

The next-generation of Galaxy Watch smartwatches might reach the market in August. It may be announced along with the Galaxy Note 20 series, Galaxy Fold 2, and Galaxy Tab S7 / S7+.