Motorola is preparing to release a completely new smartphone called Moto E LE. Most likely, the new product will replace last year’s Moto E6 in the lineup. The new smartphone has not yet been officially announced, but users have already noticed its name on the website of a major US telecom operator Verizon.

At the moment, it is not entirely clear what LE means in the name of the future device. Unfortunately, the website also does not have images of the smartphone, even schematic ones. However, we can appreciate some of the technical specifications, since Verizon did not forget to mention them. Apparently, we are waiting for a small upgrade compared to the Moto E6.

The Moto E LE will run Android 10, and Qualcomm Snapdragon 632 will be the heart of the smartphone. Many tech guys will agree that this option is definitely better than the Snapdragon 435 on which the Moto E6 is built.

Other features of the Moto E LE include not the most capacious 3550mAh battery, and a screen with a resolution of 1520 x 720 pixels. Unfortunately, the screen size is still unknown, but the dimensions of the smartphone itself are known: 159.77 x 76.25 x 8.65 mm. This means that the new device is taller and slightly wider than the Moto E6 (149.7 x 72.3 x 8.57 mm) and most likely its display has a diagonal of more than 6 inches. It could have a similar screen and design to the Moto E6 Plus. Here is a reminder of the specifications of this latter. 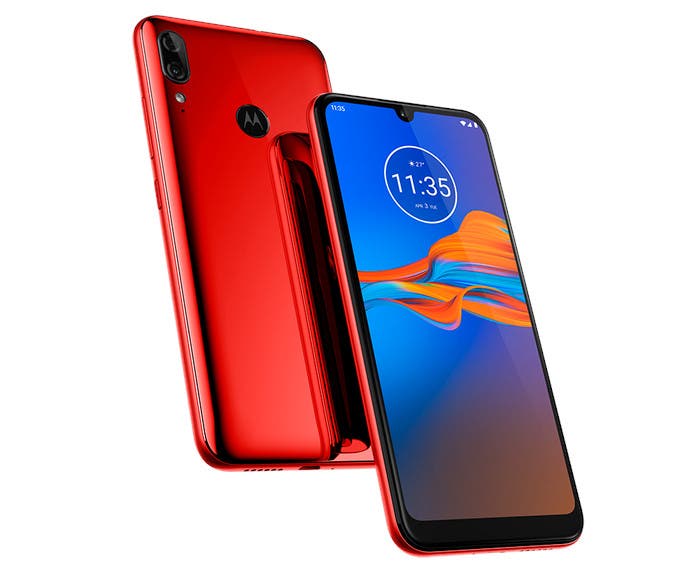