Today, OPPO announced a new series of smartphones. In fact, we are dealing with a smartphone line that has been a buzzword recently. Of course, the OPPO Reno 4 is an amazing family of new models. But what’s so attractive in this handset? First, let’s take a look at the OPPO Reno 4 Pro. 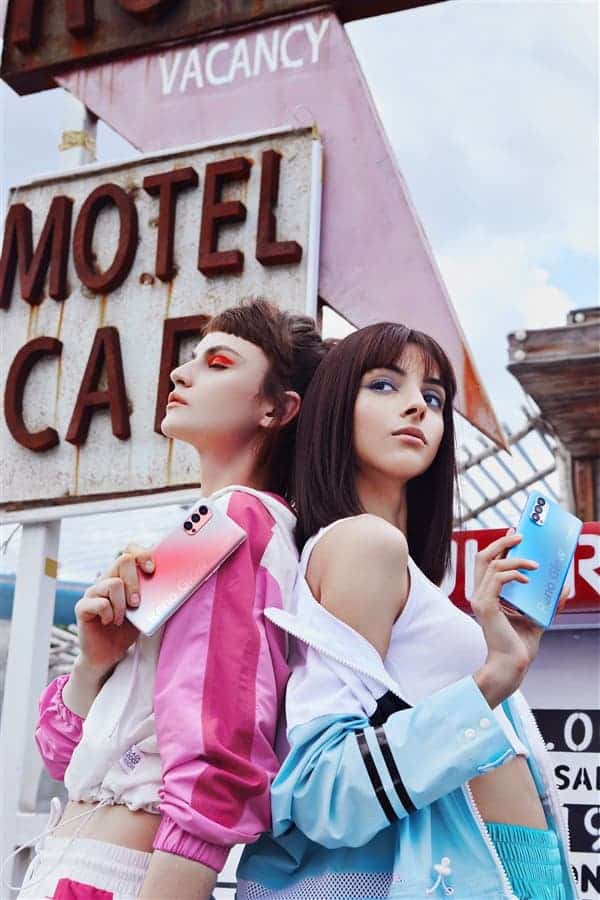 Obviously, as a new member of the Reno series, one of the highlights of the Reno 4 is video shooting.

According to the official introduction, video creation and sharing are becoming a trend. The OPPO Reno series has always led the trend of video shooting via smartphones. ‘We hope that through the Reno series, making video shooting will become as simple as taking pictures.’

Under low light conditions, shooting with laser focus is accurate, fast and not out of focus. In terms of software, OPPO uses a self-developed moonlight night scene video algorithm. The company proves it can achieve a comprehensive increase in brightness, clarity, and color reproduction.

As for the camera parameters, the OPPO Reno 4 Pro features an ultra-clear laser focus triple-camera, including a 48-megapixel ultra-high-definition main sensor that supports OIS (optical image stabilization), a 13-megapixel telephoto lens that supports 5x hybrid optical zoom and up to 20x digital zoom, and a 12MP ultra wide-angle video lens. 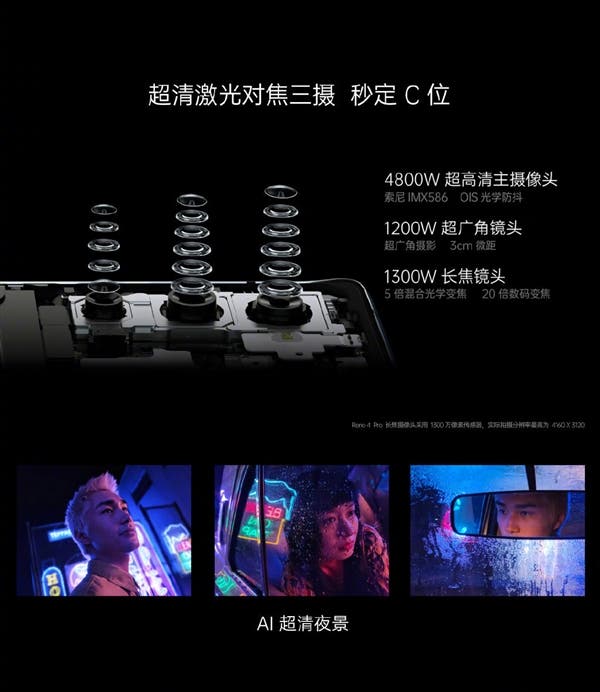 The front-facing camera has a 32MP resolution.

One of the features the manufacturer focuses on when promoting this handset is the thickness of 7.6mm only. Also, it weighs way less than other products from the same category, 172g. It also adopts a 3D hyperbolic screen, which makes the one-handed operation quite easy and stress-free. 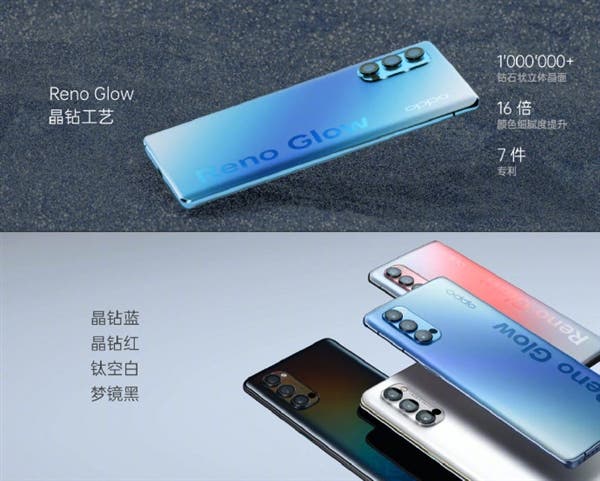 Under the hood, our protagonist uses a 6.5-inch OLED flexible screen with a refresh rate of 90Hz. It is equipped with a Qualcomm Snapdragon 765G mobile platform. The battery capacity is 4000mAh.

It is worth noting that the company also uncovered the Reno 4. It doesn’t differ much from the previous model. However, some differences still exist. Say, its thickness is 7.8mm and the weight is about 183g. 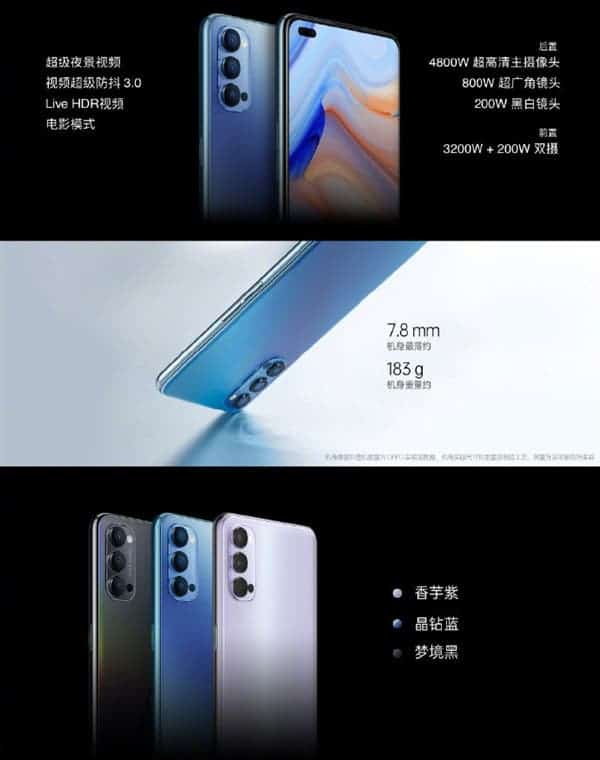 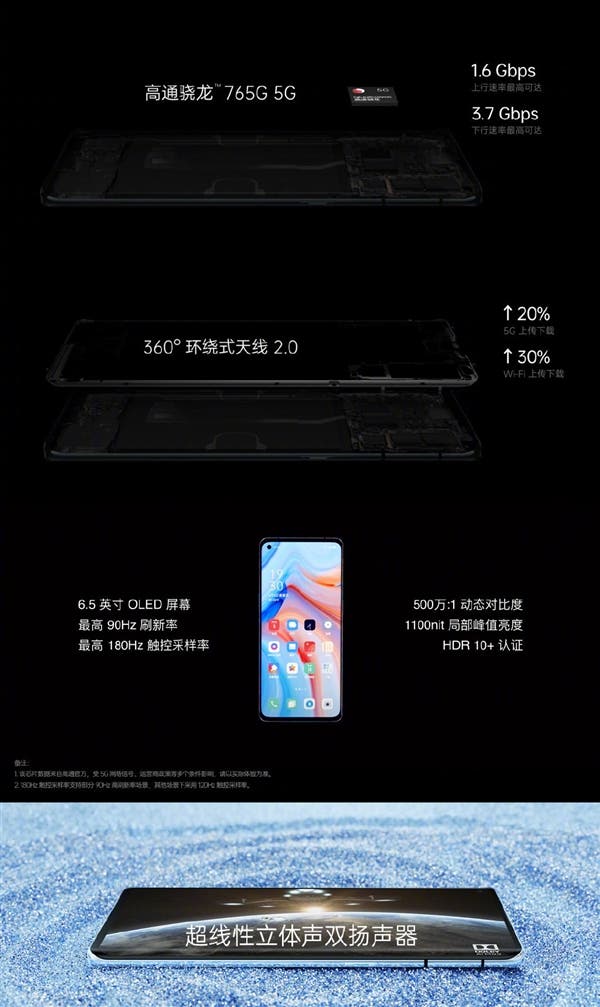 More importantly, the OPPO Reno 4 and Reno 4 Pro support 65W super flash charging. Thus, we are dealing with the fastest-charging smartphones in the Reno series so far.

It is reported that 65W super flash charge has four core technologies, including dual cell design, dual cell MMT process, dual BTB interface, and so on.

Due to this technology, it will charge a 4000mAh battery to more than 60% in 15 minutes. And it will take 36 minutes to fully charge the phone. There is also a super power-saving mode. 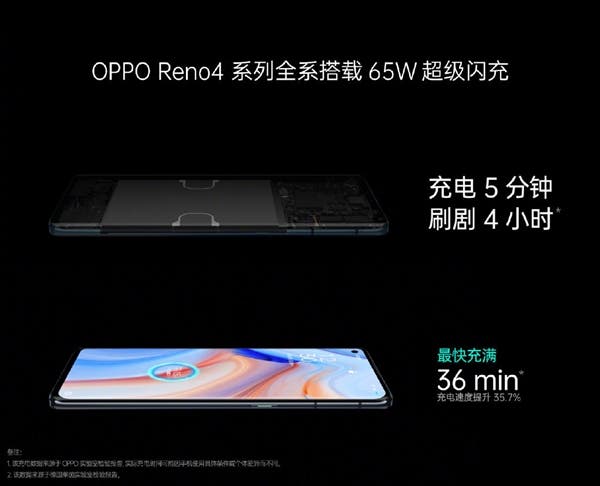 Both phones come with ColorOS 7.2 pre-installed. ColorOS 7.2 adds the super night scene video function, self-developed moonlight night scene video algorithm, and many more. The overall brightness of the video screen is effectively increased by 74%, and the screen clarity is improved by 33%.

Finally, ColorOS 7.2 also focused on improving AI capabilities. Applications can be pre-launched according to user habits to increase startup speed. Plus, the AI ​​repair function can repair some old photos, making the original blurry and noisy portraits clearer.

ColorOS 7.2 added the OPPO Lab function. It is the platform for the release and experiment of OPPO’s innovative products. You can experience the latest functions for the first time. 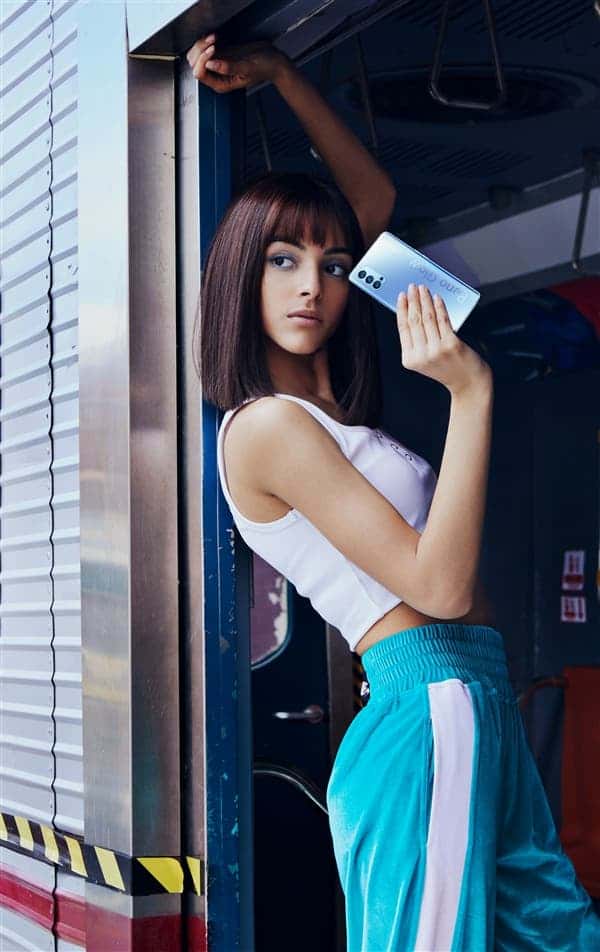