According to recent report, MediaTek 8K Smart TV chip S900 is ready for use. Taiwanese chipmaker, Mediatek is doing quite well in the smartphone processor manufacturing industry. While this opening statement may be a surprise to many, specifically, MediaTek 5G processor business is top-notch. Since the launch of its Dimensity lineup, its chip performance is far from bad. In terms of 5G processors, chip manufacturer, MediaTek, has shown a good development momentum. As of now, it has the Dimensity 1000 series, 820 series, and 800 series. These series are for 5G smartphones. So far, these chips are perfect for flagship and mid-range 5G phones. 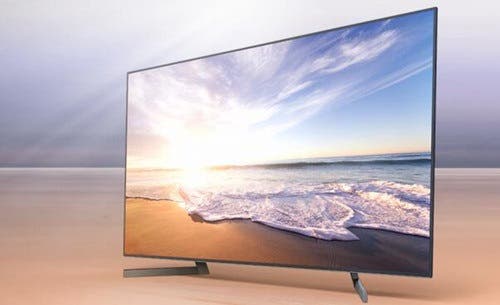 However, there are reports that the company will also introduce an entry-level 5G smartphone processors in the third quarter. In addition to the smartphone field, MediaTek also has a good performance in terms of TV chips. The information on MediaTek’s official website shows that more than 2 billion TVs worldwide use their chips.

MediaTek said on the official website that they are the first to launch a multi-core smart TV processor and are also the leading supplier in the digital TV field. On the official website, MediaTek said that as the ultra-high-definition technology matures, they will continue to advance the development of the next-generation multimedia technology, thereby making the ultra-high-definition content unprecedented.

Thanks to leading connectivity solutions and high-level processor technology integration, MediaTek’s digital TV chips have shortened the time and cost of launching the next generation of digital TV. MediaTek also mentioned on the official website that they are ready for the transformation of 8K solutions in the field of smart TV. The S900 (MediaTek 8K smart TV processor series) is the first in its 8K smart TV chip series.

MEDIATEK DIMENSITY CHIPS ARE QUITE GOOD

According to MediaTek, the Dimensity 1000+ uses the world’s leading 5G technology. It also supports SA and NSA dual-mode 5G networks and is the only chip in the industry that supports 5G+5G dual-card dual standby. This chip also supports 5G dual-carrier aggregation technology. These bring users a faster and more stable network speed experience. In addition, MediaTek Dimensity 1000+ supports the industry’s highest 144Hz refresh rate. It also comes with MiraVision, a new feature for chip-level image quality optimization. More importantly, the Dimensity 1000+ is one of the only Cortex A77 flagship chips with integrated 5G baseband. With the latest report claiming that Xiaomi will use this chip, it will be a flagship device.

Next WhatsApp started testing multi-device access and many other features