Samsung is preparing to release a 5G-version of the foldable Galaxy Z Flip smartphone. Initially, it was assumed that the smartphone will differ from the usual model only in support of the fifth-generation networks, but it turned out that this is not so. 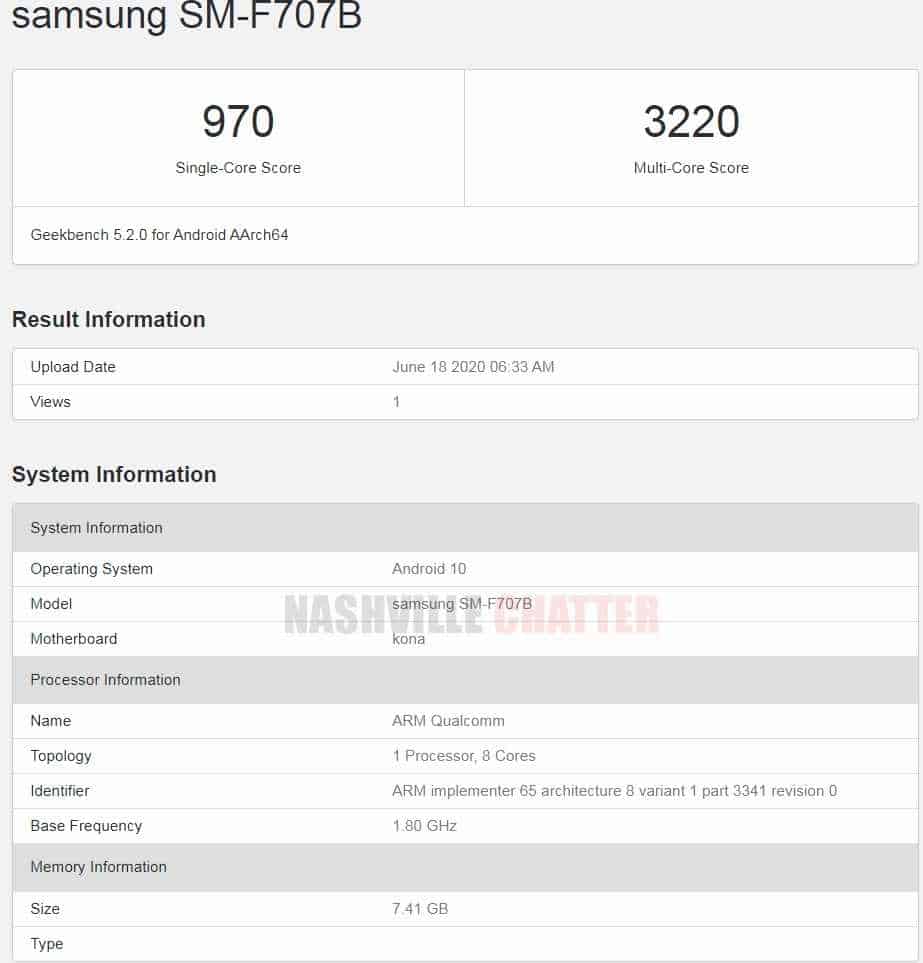 The upcoming smartphone was noticed in the Geekbench performance test database with the model number SM-F707B. The device, according to the leak, runs on an eight-core Qualcomm processor, code-named Kona. It matches the flagship Snapdragon 865 chip. The test results also hint at this. For comparison, the regular version of the Galaxy Z Flip runs on last year’s Snapdragon 855+ SoC.

All other specifications of the new model should remain the same. Recall, this the smartphone has a flexible Infinity-O display at 6.7 inches with a resolution of FHD+ and an aspect ratio of 22:9, a 3300mAh battery with support for fast charging at 15W and wireless at 9W, a dual camera at 12 MP + 12 MP, Bluetooth 5.0, as well as NFC.

Galaxy Z Flip 5G will cost about 1,500 US dollars. It will be shown in July along with Galaxy Buds Live TWS-headphones (aka Galaxy Buds X) and Galaxy Watch 3, or in August during the announcement of the Galaxy Note 20 series.

Here are the full specifications of the Galaxy Z Flip original model: