The Xiaomi TV Stick is going to become the next hot product of the company along with the TV boxes it offers. These products are known for their smooth performance and relative low-cost when compared with the top brands’ similar models. Just recently, it appeared on various retailers such as AliExpress and GearBest. It has been even certified by EEC. And today, this TV stick has appeared on FCC. The streaming device carries FCC ID 2AIMRMITVMDZ24AA and bear model number MITVMDZ24AA. At the same time, we can see a small image of the device, which confirms the already present renders and images of the TV Stick. 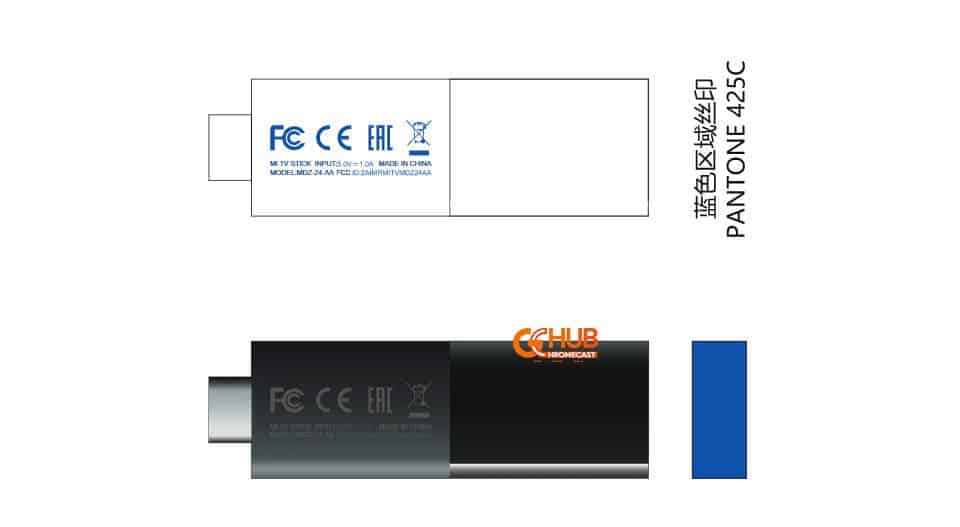 The FCC listing confirms the specs that have been already leaked via listing on GearBest and AliExpress. As you should know, it uses a 5VDC/1000mA power supply and supports dual-band WiFi.

What Do We Know About The Xiaomi TV Stick So Far?

The Xiaomi TV stick uses a flash drive design, skin-like scrub and metal splicing shell. It also has an HDMI 2.0 male port and USB Type-C female port. The former is used for audio and video transmission, and the latter is used for power supply.

The buttons on the remote control make the interaction easier. Also, they are similar to the current Xiaomi box and Xiaomi TV. Plus, there are three exclusive buttons added for Google Assistant, Netflix and Amazon Video support. They will make it easier to directly target the designated content platform.

In terms of configuration, the CPU it uses is the Amlogic S905 Y2 processor (quad-core A53), which integrates a Mali-G31 MP2 GPU. The CPU is also paired with a 2GB DDR4 RAM, an 8GB ROM, and supports dual-band Wi-Fi.

In addition, this TV stick is pre-installed with a TV operating system based on Android 9.0. It can output 4K HDR content and supports Dolby and DTS HD dual decoding.

Its box carries a power adapter, a USB cable, the Bluetooth remote, and the TV stick.

Talking about the price, there is no official information yet. But according to some online retailers, the new streaming dongle will be priced around $80. However, Google is also gearing up for its new Android TV dongle with remote codenamed Sabrina that is going to be launched soon. For more information stay connected with us.

The Xiaomi Mi TV Stick will compete against the Amazon Fire TV stick and Google Chromecast. By the way, the next-gen Chromecast is slated for launch tomorrow at Google’s Smart Home event.