Looks like all is not well for the smartphone market in India. A new report says that the overall shipments for the Q2 2020 took a hit with a 48% drop compared to last year’s 33 million shipments and it affected giants like Xiaomi, Oppo, Realme and Samsung as well. However, this is to be expected considering the serious global implications of the COVID-19 pandemic.

Sister subsidiaries of BBK, Oppo, Vivo showed a surprising gain in market share despite the fall in annual growth. Realme saw an increase in market share of 1.9%.  On the other hand, Oppo and Vivo showed increasing gains of 3.7 and 3.8% respectively.

The reason for Vivo and Oppo’s success could be their aggressive O2O (offline-to-online) strategy. Ultimately, this benefited the offline network and cleared stocks during the lockdown. The online segment, however, has faced a considerable decline in smartphone sales.

Canalys’ Research Analyst Adwait said that despite the border disputes and anti-china sentiments online, the impact on sales is likely to be minimal as companies and vendors are promoting ‘Made In India’ with 96% of units getting assembled/manufactured locally. 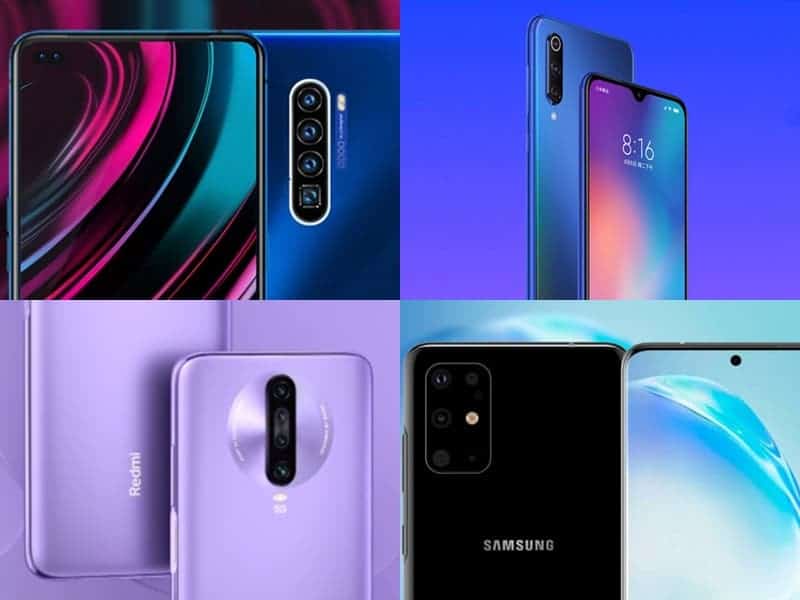 Secret of Xiaomi and Oppo

Further, he added that competitors like Samsung, Nokia, Asus have not been as aggressive in their pricing strategy. As a result, the chart concluded with Xiaomi topping the charts. In terms of shipments, Xiaomi had 5.3 million units. Similarly Vivo, Samsung, Oppo and Realme accounted for 3.7, 2.9, 2.2 and 1.7 million units respectively.

As the restrictions started eased towards May, vendors like Xiaomi and Oppo resorted to imports from China. This was because of local production halts due to new government regulations and labour issues.

Lastly, other OEMs like Apple, OnePlus, Motorola, Asus had only a meagre 8.1% share combined. On the other hand, Apple was the least affected with 1.4 million shipments and a 20% YoY dip. With the lockdown restrictions getting lifted slowly and an upcoming 5G storm, India still has a great potential to pick up from where it left in 2019.