A year ago, Netflix introduced one of its cheapest plans for one of its biggest strongholds – India. The plan in question was dubbed mobile-only and it brought SD resolution for INR 200 a month ~$2,67. Now the company is giving a step further with a new variant of this plan that will bring HD Quality for mobile devices at a low price.

The new plan is dubbed Mobile+ and goes up to INR 350. That’s still cheap at around $4.10 and there are some restrictions. You can only use one device each time. It can be a phone, tablet, or computer. Smart TVs are not supported in this plan. Interestingly enough, the old mobile plan was not available for PCs, so we can see the first upgrade in Mobile+. 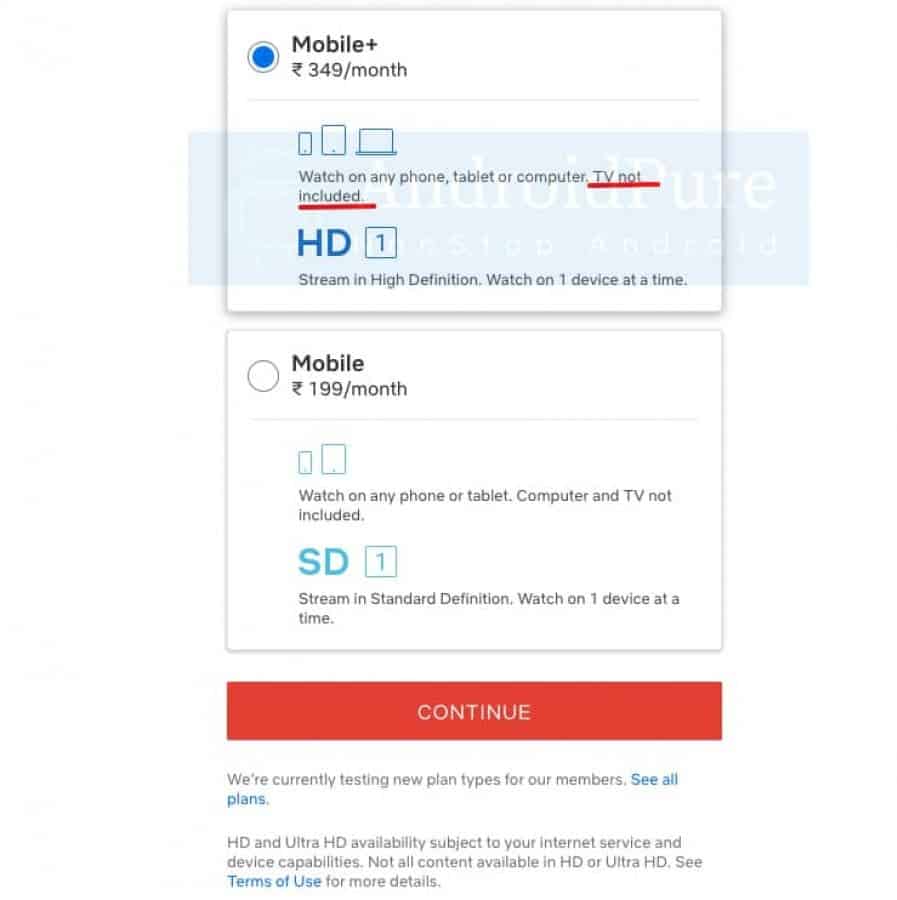 The restrictions include SD and HD quality (probably 720p), that of course will not look good in a large TV display. But those are okay resolutions for smartphones. Although there is a huge gap between SD and HD and we believe that it’s possible to notice it even in smaller displays. As aforementioned, this seems to be running like a prototype plan. According to Netflix, they will see if Mobile+ plan proves popular with its subscribers in India. If it reaches the company’s goal, then Indian customers will have it permanently added to the subscription options.

“We’ve launched the Mobile Plan in India to make it easier for anyone with a smartphone to enjoy Netflix. We want to see if members like the added choice this offer brings. We’ll only roll it out long-term if they do.”

Netflix debuted in India a few years back in January 2016 offering three distinct plans – Basic, Standard, and Premium. The company has already added the new mobile-only plan to its portfolio sometime back aiming the mobile users.
The OTT/streaming market in India is growing at a good rate with many players joining the market. The list of popular streaming services includes Amazon Prime Video, Disney+ Hotstar, ZEE5, and others. Netflix currently takes the crown as the most expensive OTT/streaming platform in India. The new plan seems like the companies strategies to change this prospect. The list of streaming services will keep growing in the coming months, so it makes sense for the American company to do the best it can to avoid users from leaving.
Source/VIA :
AndroidPure