DOOV smartphone beasts a model number 200200519 and according to the images revealed by its TENAA listing, the phone will include a fingerprint scanner housed alongside the rear cameras. These cameras are comprised inside of a square-ish island, something that is on par with 2020 trends. The cameras are placed on the left side of the smartphone in a similar arrangement to that of Samsung’s Galaxy S20 Ultra. Along with the triple rear cameras, we have a biometric scanner.

The position is unusual, and may not be very friendly for users with small hands since you’ll need a bit of stretching to reach the scanner. Other users with big hands may not have a big problem to reach the camera cutout. The phone is pretty tall measuring 179 x 87.3 x 9.6 mm and flaunts a massive 7.12-inch display. 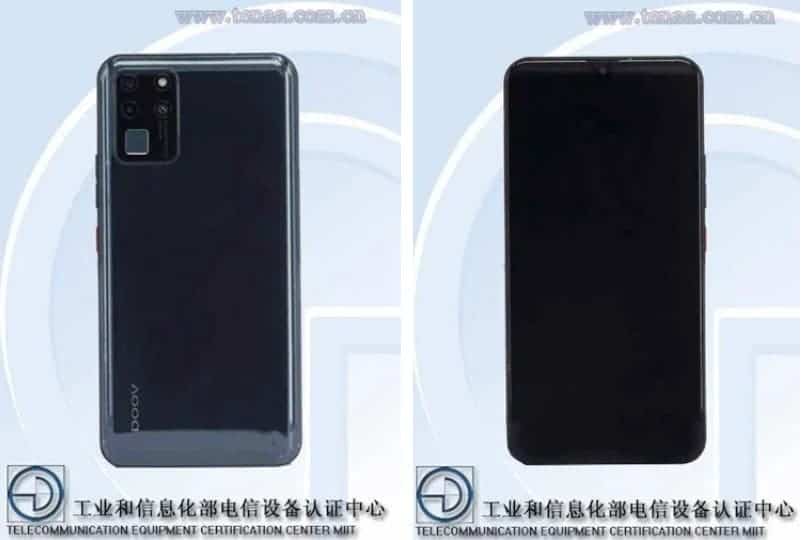 It’s not every day that we talk about a not mainstream Chinese company, but since DOOV caught our attention with its strange fingerprint scanner, let’s dive into its specs. The handset has a 1080 x 2244 resolution and a waterdrop notch for the selfie camera. It boasts a 2.3GHz unnamed Octa-Core chipset and it’s paired with up to 8GB of RAM and 256GB of Internal Storage. It also supports memory cards for further memory expansion.

The phone has a triple-camera setup, as aforementioned. However, TENAA mentions only two 16MP + 2MP or 21MP + 2MP, we’re not sure why the Chinese agency is listing two distinct main sensors. It also says that the total number of cameras are three, counting the selfie camera as well. Another controversial thing is that the phone ships with Android 7.1.1 Nougat. This is unacceptable in a smartphone launching in 2020.

Last but not least, the phone has a 6,000mAh battery which should be great depending on the chipset.