Google is not the best company when it comes to keeping its devices a secret. This is something that happens since the early days of the Pixel smartphones lineup. It happened with last year’s Pixel 4 series and is happening again with the alleged Pixel 4a. The new affordable entry for the Pixel smartphone series has rumored to come during the canceled Google I/O. Now, a new rumor indicated that the phone will appear as soon as the next week, August 3. Just seven days from now.

According to the tipster, @jon_prosser, his information from 2,5 weeks ago about the date is 100% correct. He also raised the question of whether Google has pushed off the launch too much back the predecessor Pixel 3a was introduced in early May and launched just a week after the introduction.

Finally happy to give a final update on Pixel 4a!

The last date I gave you (provided in the tweet below) is the launch day!

Only question is…
Do you care anymore? Or have they pushed this off too much? https://t.co/SZkQpvRAZI

According to all rumors, the new Pixel 4A will ship with an OLED panel with 2,340 x 1080 pixels of resolution. The display has a 5.7 or 5.8-inch diagonal. Of course, the most intriguing part of the new handset will be its camera setup. The Pixel 4a, however, does not come with an impressive camera combo composed of several shooters. Instead, Google is keeping it simple with a single 12.2MP primary camera with OIS/EIS. The front-facing shooter is of 8MP and also boasts 84º field of view. The selfie shooter sits inside of a single punch-hole.

The camera’s recording capabilities will greatly resemble the Pixel 4. The mid-range phone will support 1080@30fps, 60fps, 120fps video recording, 720@240fps, and finally, 4K @ 30 fps. The front-facing snapper will come with 1080@30fps video recording. Under the hood, the smartphone has a Qualcomm Snapdragon 730 chipset complete with 6GB of RAM and 128GB of Internal Storage. Unfortunately, the battery capacity is far from impressive with an alleged capacity of just 3,140mAh. The device is also on par with other mid-range phones with a rather limited 18W fast-charging capacity. This battery capacity is at least, so it’s good to have fast-charging support since you’ll be charging it quite often. 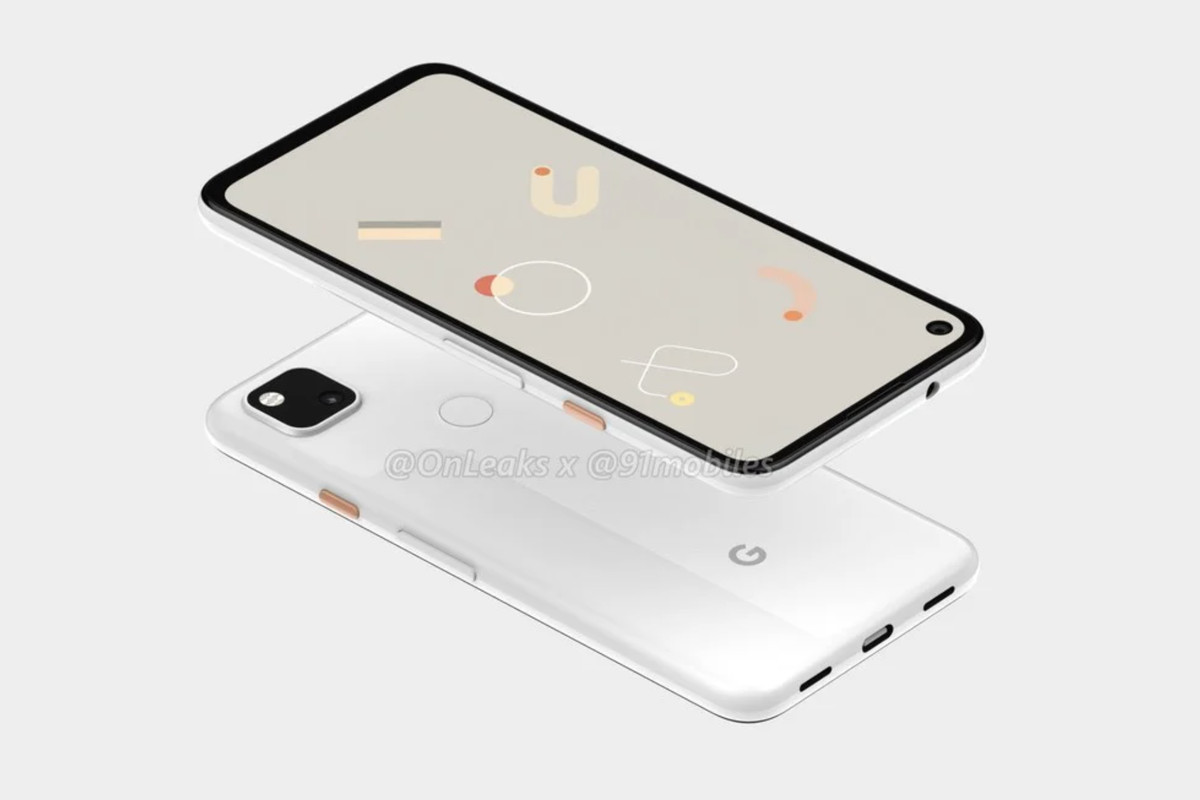 The phone is expected to be priced between $400 to $500. That’s expensive for these specifications, so in the end, you pay for having a Pixel smartphone with all its powerful camera capabilities driven by powerful software. Moreover, you’ll also get the best possible Android support. Since the device is coming in the next month we expect it to ship with Android 10. However, it will receive Android 11 as soon as it becomes available.