Today was a big day for Huawei in China and for its fans. The company introduced a bunch of new products including the new tablet MatePad 10.8, the new laptop MateBook D Laptops. Moreover, we saw the company introducing the Huawei Talkband B6. In addition to these products, the company also unveiled a new Huawei Children Watch 4X and an Enjoy Tablet 2.

The new Huawei Children Watch 4X as the name suggests is a smartwatch oriented for kids. It brings some new features like dual-cameras. There is a 5MP unit sitting about the display for HD video calling and an 8MP snapper at the watch “back”. According to the Chinese firm, the rear camera offers 4x Digital Zoom and AI object recognition.

This feature will identify objects and bring up information about the object allowing a child to learn. You can also use both cameras to take photos under the water considering that the wearable is waterproof up to 50 meters. The wearable flaunts a 1.41-inch display with 320 x 360 pixels of resolution. This is an AMOLED panel. It uses a low-power Kirin chipset paired with 1GB of RAM and 16GB of storage. The Watch 4X has NFC, Wi-Fi, Bluetooth, and LTE with support for up to 200 countries. The wearable also packs unique positioning systems like GPS, beidou, GLONASS, GALILEO, and QZSS.

The wearable has a built-in AI assistant with educational purposes and watches also brings fitness tracker with rankings. It packs an 8,000mAh battery with fast-charging support. According to the company, it will last up to a day on a single charge. The wearable will be available in Pink, White, Blue. The pre-orders are available on Vmall and the wearable costs 1,398 Yuan (~$199). The actual sales start on August 19.

The new Huawei  Enjoy Tablet 2 is a 10-inch slate with a 1920 x 1200 resolution. The resolution and the panel are quite high but don’t expect a design that is in line with 2020 standards. Instead, we have traditional thick bezels. At least the tablet packs symmetric design. The new tablet comes in the Champagne Gold and Dark Blue color options.

The tablet boasts a Kirin 710A chipset along with 4G of RAM and 64GB of storage. There is another variant with twice that store amount. If that’s not enough for you, you’ll be glad to know that it supports MicroSD cards allowing you to add an extra 512GB of Storage. The slate comes with a single camera on the back with 5MP resolution and f/2.2 aperture. Moreover, there is a 2MP f/2.4 shooter in the front for video calls and modest selfies. The tablet also has stereo speakers which certainly is a plus for media consumption. It also boasts Harman Kardon and Huawei Histen 6.1 surround sound. 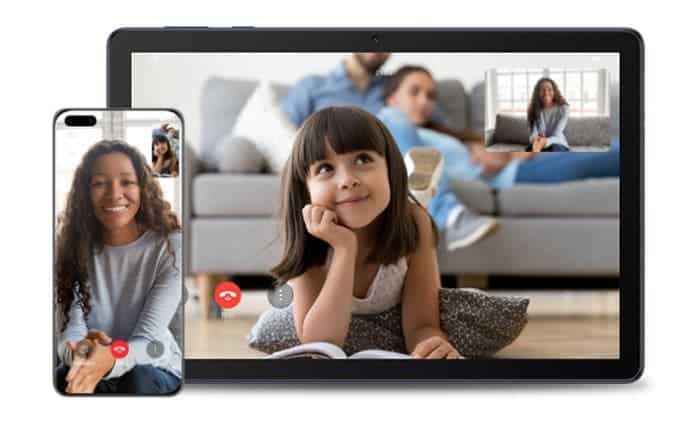 On the software front, we have EMUI 10.1 which is based on Android 10. Obviously, the phone does not include any Google applications. Instead, you get Huawei Mobile Services. The company’s software includes Parallel Vision that allows you to use an app in two different windows. This is very useful on a massive panel like this one. When using a chat application with support for video calls, you’ll be able to chat in one window while the video call interface occupies the second window. Moreover, you can adjust the size of each window and flip their positions.

Another interesting feature brings real-time screen-sharing during video calls. This would allow other users to see what is on your display. It’s an interesting feature for these days of remote work and study. The tablet draws power from a 5,100mAh battery that charges via USB-C port. Unfortunately, it’s rather slow at 10W rated. Other features include dual-band Wi-Fi and support for OTG. 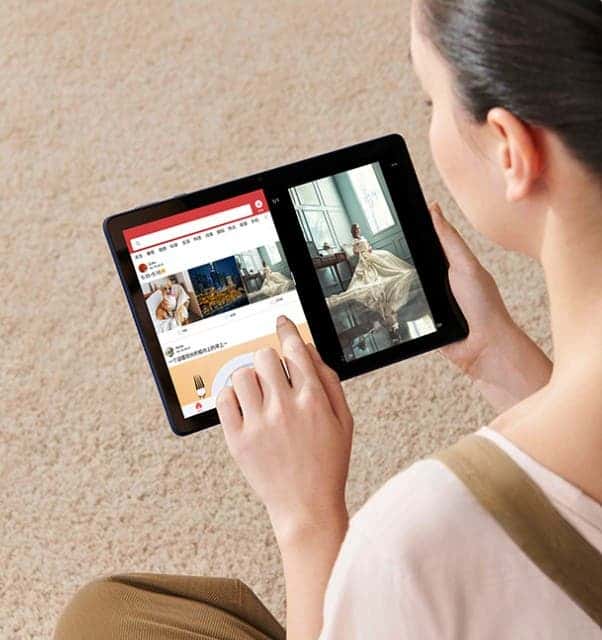 Interestingly enough the Enjoy Tablet 2 is the very same MatePad 10s. Even the official webpage lists it as MatePad 10s.

Next Redmi K30 Ultra shows up on TENAA